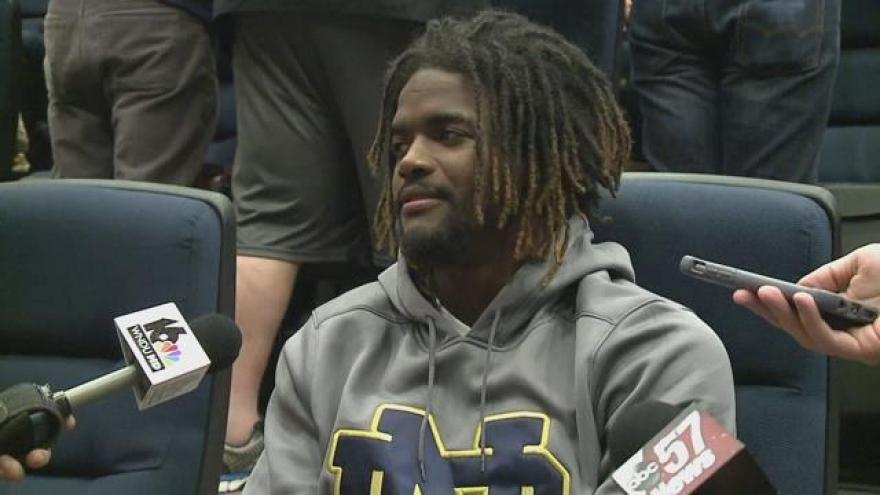 Notre Dame wide receiver Chris Brown is the only Notre Dame player from South Carolina. Saturday's game is the first time he'll play in his home state in front of family and friends while playing for Notre Dame.

Brown's hometown of Hanahan, South Carolina is more than 3 hours away from Clemson, but friends and family will be in attendance for what Brown hopes is a special homecoming, where they can see how far he has come as a player for the blue and gold.

"It gives you an extra little pep in your step. You've got your family watching and obviously you want to make them proud," Brown said.

The Irish senior was a standout multi-sport athlete at Hanahan High School. He was even state champion in numerous track and field events.

"Really thought that he brought that first element of raw speed that we wanted at that position," Notre Dame Head Coach Brian Kelly said.

Brown opted for South Bend, a place more than 800 miles from home.

"He really wanted to be at Notre dame," Coach Kelly said.

Four years later, with 16 catches and 2 TDs on the year, Brown's role in the Irish offense is growing.

"If you ask who that leader is of the wide receiver corps, it is Chris Brown. He's just been a great personality. A great leader in the program and has developed his skills through hard, hard work," Coach Kelly said.

Brown is ready for the Clemson crowd.

"Clemson's fan base is very passionate. I've been there when it's real loud and it does get loud but we've been in environments like that," Brown said.

Despite rowdy opposing fans the receiver can take comfort in having loved ones nearby.

"It will definitely be fun. You get a little more juice. It brings more of a high school atmosphere because you have your own little section," Brown said.

"C-breezy," as his teammates call him, says he grabbed about 25 tickets for family and friends. So he has many familiar faces in the crowd to greet him before kickoff and during the game.

He will be looking their way for support as his offense wrestles with the noise of the crowd.