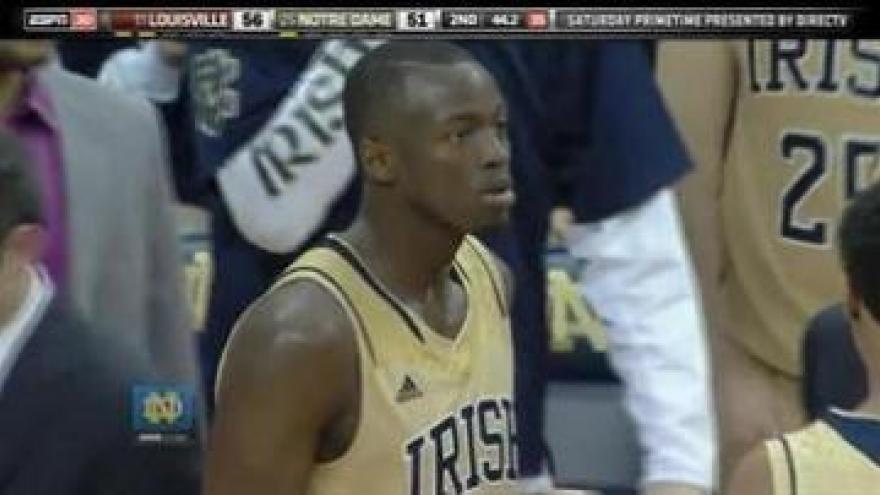 The team is losing its leading scorer for the rest of the season.

Irish Senior guard Jerian Grant is withdrawing from the University due to an academic issue.

Grant is the second high-profile player that Notre Dame has dismissed in just a year's time.The school only recently reinstated quarterback Everett Golson following his suspension.

It's hard to say what this will mean for the Irish. Head Coach Mike Brey is expected to address the media about the issue Monday at 11am.

There's no doubt that the already struggling Irish will miss Grant's presence. At this point last season, the team's record was 12-1, but right now, they're only 8-4 even with Grant on the floor.

Other players like Eric Atkins and even Freshman Demetrius Jackson will be expected to step up to help fill the hole being left behind.

The 6'5'' senior's level of play has never seemed higher. Grant averaged over 19 points and 6 assists a game up until his dismissal this season.

He was also hitting over 50-percent of his shots, a weapon the Irish will now be without heading into ACC conference play.

The 21-year old did release a statement apologizing for his poor decision and owning up to his bad judgment.

He also says he hopes to return to Notre Dame soon, not just to finish getting his degree, but to complete his college basketball career in an Irish uniform.

Grant still has one more season of eligibilty left after redshirting his freshman year at Notre Dame.