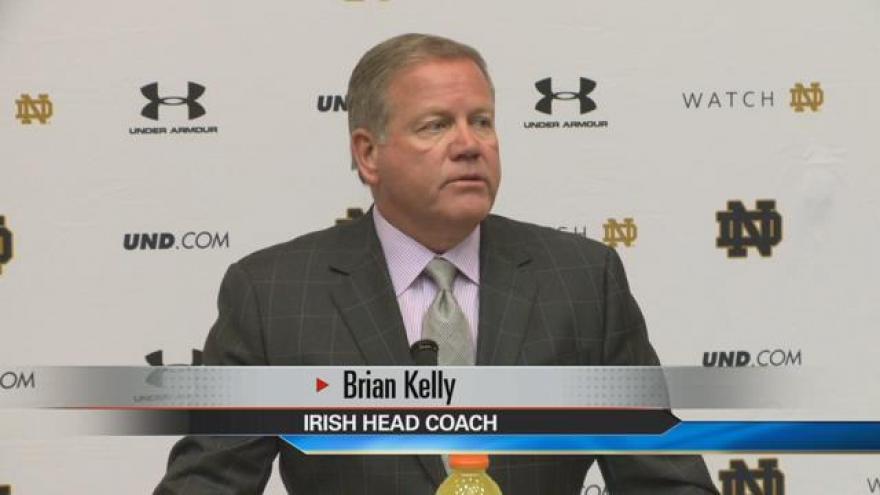 "If there is one kind of underlying fact about this spring, all eyes would be on the quarterback position. I think that's an understatement. We've got really three outstanding quarterbacks," Coach Kelly said.

Zaire was named the starter last year, but broke his right ankle in the second game of the season.

That's when Kizer, a player from Toledo, entered the mix.

He went 8 and 3 as a starter with 21 touchdowns and 10 interceptions.

Wimbush is a freshman from New Jersey.

Kelly says the team could have red-shirted him, but instead wanted to give him some playing time, and a chance to compete at the position instead.

Your first chance to see the team play is the Blue-Gold game, which is April 16th.