Now anyone in Florida can challenge what's taught in schools 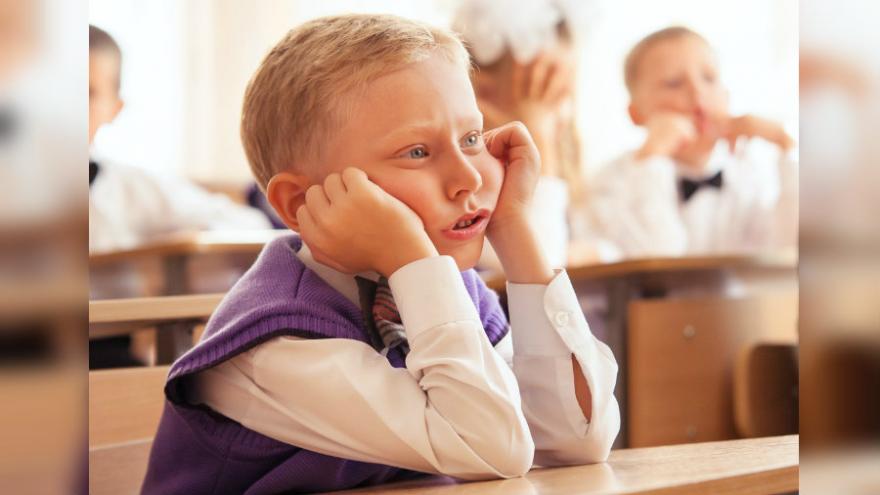 (CNN) -- A new Florida law would let anyone in the state challenge, and possibly change, what kids are learning in school.

Any Florida resident can raise concerns about teaching material they find unfit for public school classrooms, according to legislation that went into effect Saturday. The bill was introduced in February by Rep. Byron Donalds, R-Naples, and was signed into law last week after passing with bipartisan support.

An "unbiased hearing officer," not employed by the school district, would determine if a complaint has merit, requiring schools to take any controversial books or material out of the classroom.

Previously, only parents could file complaints, which were then heard by a school board.

Supporters of the law have disputed material presenting global warming and evolution as "reality." Others found certain reading material to be "pornographic." And for some, US and world history textbooks seem biased and anti-American.

The Florida Citizens' Alliance, a conservative group that supports individual rights and limited government, advocated for the bill and gathered testimony from at least 25 people in favor of the legislation.

One woman took issue with evolution being taught as a "fact," arguing that the "vast majority of Americans believe that the world and the beings living on it were created by God as revealed in the Bible." Another person complained that history classes were making students "subservient" by teaching them about the president's ability to issue executive orders.

Of the bill's supporters who testified, many felt their concerns had not been recognized by local school boards. Getting their complaints before a hearing officer could alleviate those frustrations.

But critics are worried that anyone who disagrees with the ideas taught in Florida classrooms can file a complaint.

Florida Citizens for Science, a group of parents and teachers promoting science education, has been a vocal opponent of the legislation. The organization has complained on its website that anyone with "an ideological agenda," not just parents, will be able to challenge material.

"People who crusade against basic, established science concepts such as evolution and climate change will have the green light to bog down the textbook selection process on the local level and bully school boards into compromises that will negatively impact science education," the group wrote in a blog post.

The debate over what topics are too controversial to teach in school is an ongoing issue, both in the US and around the world. The head of Turkey's national board of education announced last month that evolution was too controversial for high school students to comprehend and removed it from the curriculum. Stateside, several bills focusing on changing how climate change and other scientific theories are taught have popped up in other legislative bodies, including Texas and Idaho.