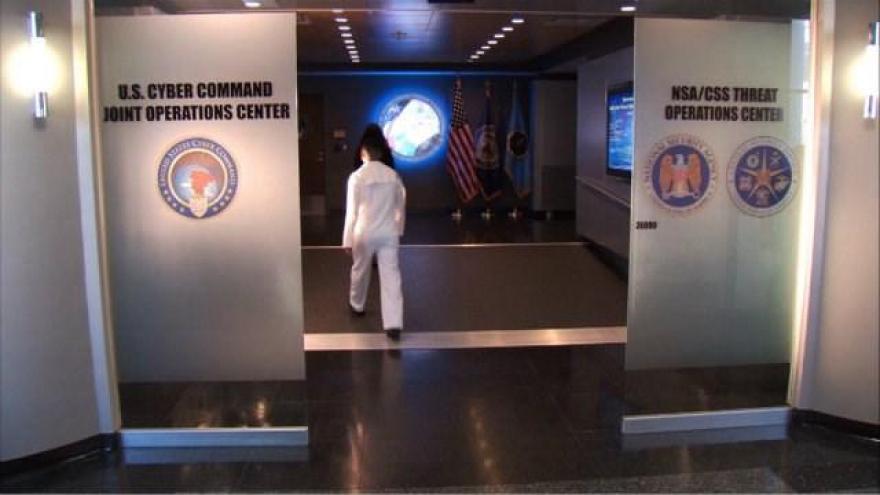 SAN FRANCISCO (CNNMoney) -- A hacking group has dumped a collection of spy tools allegedly used by the National Security Agency online. Experts say they are damaging.

The exploits, published by the Shadow Brokers on Friday, contain vulnerabilities in Windows computers and servers. They may have been used to target a global banking system. One collection of 15 exploits contains at least four Windows hacks that researches have already been able to replicate.

"This is quite possibly the most damaging thing I've seen in the last several years," said Matthew Hickey, founder of security firm Hacker House. "This puts a powerful nation state-level attack tool in the hands of anyone who wants to download it to start targeting servers."

The exploits target a variety of Windows servers and Windows operating systems, including Windows 7 and Windows 8. Hickey was able to test out exploits in his UK firm's lab and confirmed they "work just as they are described."

The Shadow Brokers is a group of anonymous hackers that published hacking tools used by the NSA last year. Last Saturday, the group returned and published a batch of NSA exploits it had previously tried, and failed, to sell. This Friday's release contains more serious exploits. The releases are published with strange and misspelled blog posts, and recent posts have been critical of the Trump administration. The group complained about the lack of media coverage of its release last Saturday.

Hickey said the Windows exploits leaked on Friday could be used to conduct espionage and target critical data in Windows-based environments. Consumers using Windows PCs could be at risk, though experts say these kinds of tools are more commonly used to target businesses.

"The individual consumer is a little less at risk, as these kinds of tools are targeted at enterprise and business environments," Hickey said.

A Microsoft spokesperson told CNNTech they are reviewing the report and will "take the necessary actions to protect our customers." An email to the NSA's press office has not been returned.

Microsoft told CNNTech no one from the government had contacted it about the exploits listed in the dump. Since the Shadow Brokers previously said they had obtained NSA exploits, the agency was likely aware of the potential for these hacks to be exposed to the public.

"At this time, other than reporters, no individual or organization has contacted us in relation to the materials released by Shadow Brokers," a Microsoft spokesperson said in an email.

The U.S. government has long been able to access financial data through SWIFT as part of an anti-terrorism effort. However, according to security researcher Nicholas Weaver of the International Computer Science Institute, the methods in the documents show the NSA was going beyond its "official access."

SWIFT told reporters it has not seen unauthorized access on its networks, and EastNets said the same.

Hickey said there are currently no patches available for some of the working exploits.

"As more information is learned about these, hopefully Microsoft will release fixes and patches," he said.