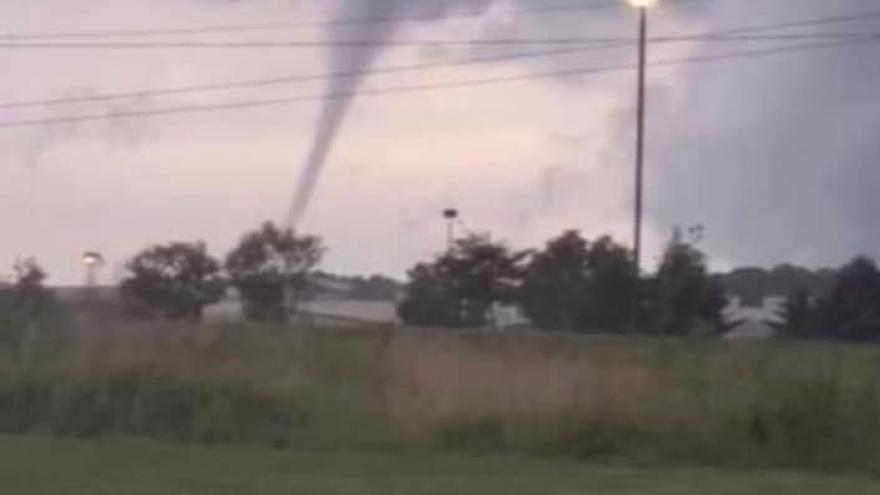 The National Weather Service has confirmed a second tornado in St. Joseph County from Sunday evening. This one, though, was significantly weaker than the EF-2 that struck the Growing Kids Learning Center on Ireland Road. 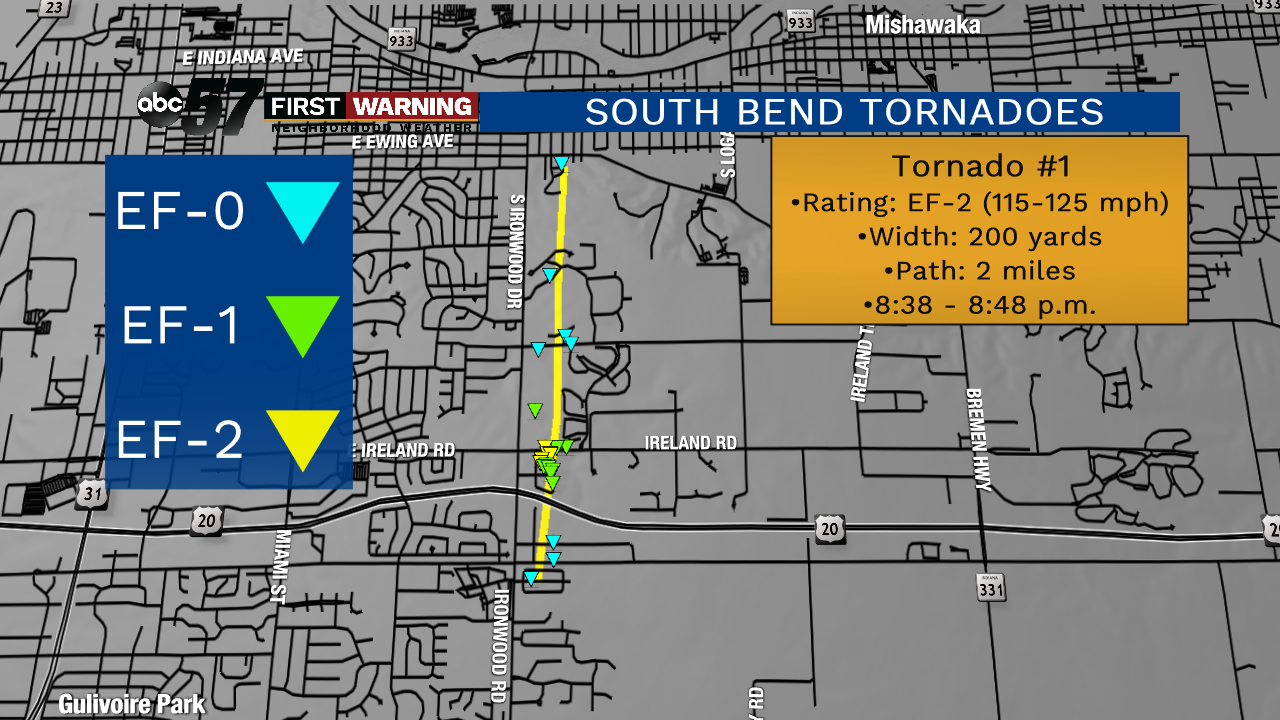 Path and strength of the stronger tornado. NWS
This tornado was given a rating of EF-0 with maximum winds of 65-70 mph. It was only 10 yards wide and was on the ground for roughly a half-mile.

It touched down just south and a few minutes before the second, larger tornado at the intersection of Roosevelt Road and Hawthorne Trail.

It moved due north along Hawthorne causing minor damage along its path. It damaged a few barn doors, small branches, an outdoor screened structure, and a detached garage. 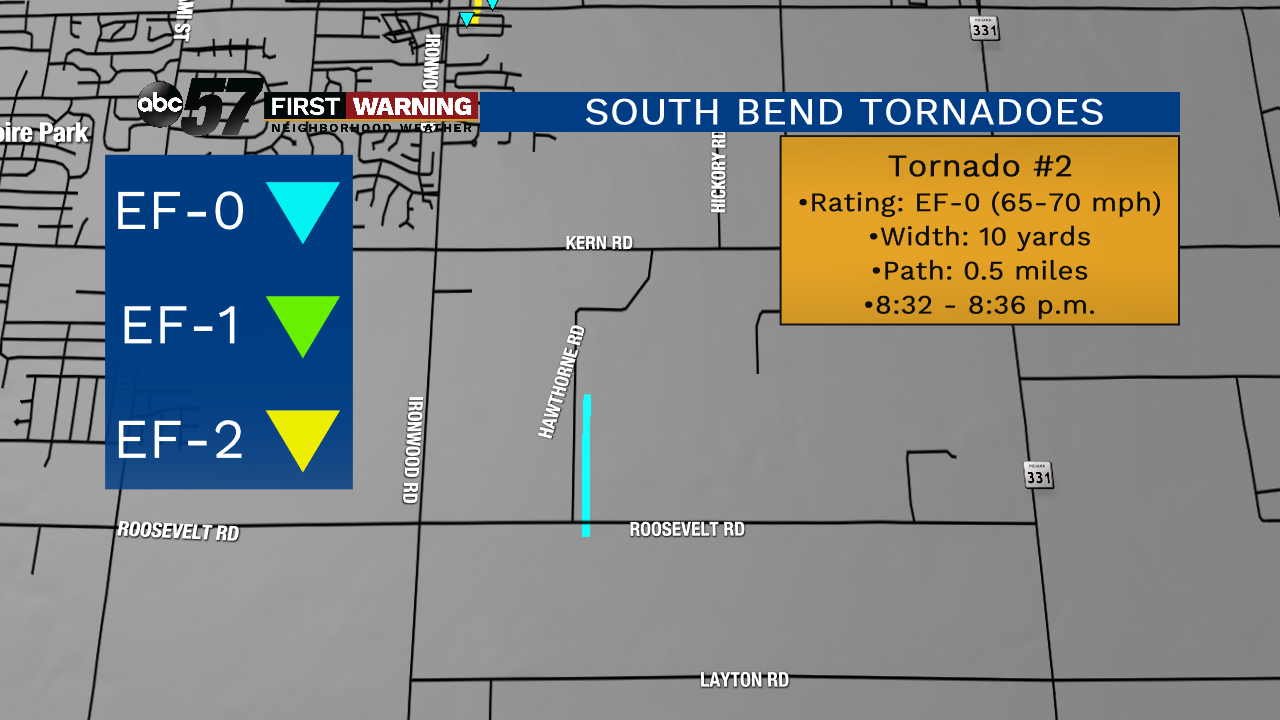 Path of the weaker tornado. NWS
According to the storm survey, a resident was caught outside when the tornado struck, causing them to have to hold onto a beam when the strong wind arrived.

A dog was also caught in the tornado, picked up a few feet off the ground and carried several feet before being placed back on the ground. Neither the resident nor the dog were injured.

This very small tornado was spawned from a separate wall cloud than the larger EF-2 tornado. Two minutes after this tornado lifted, the stronger tornado touched down near U.S. 20 and Ironwood Road. 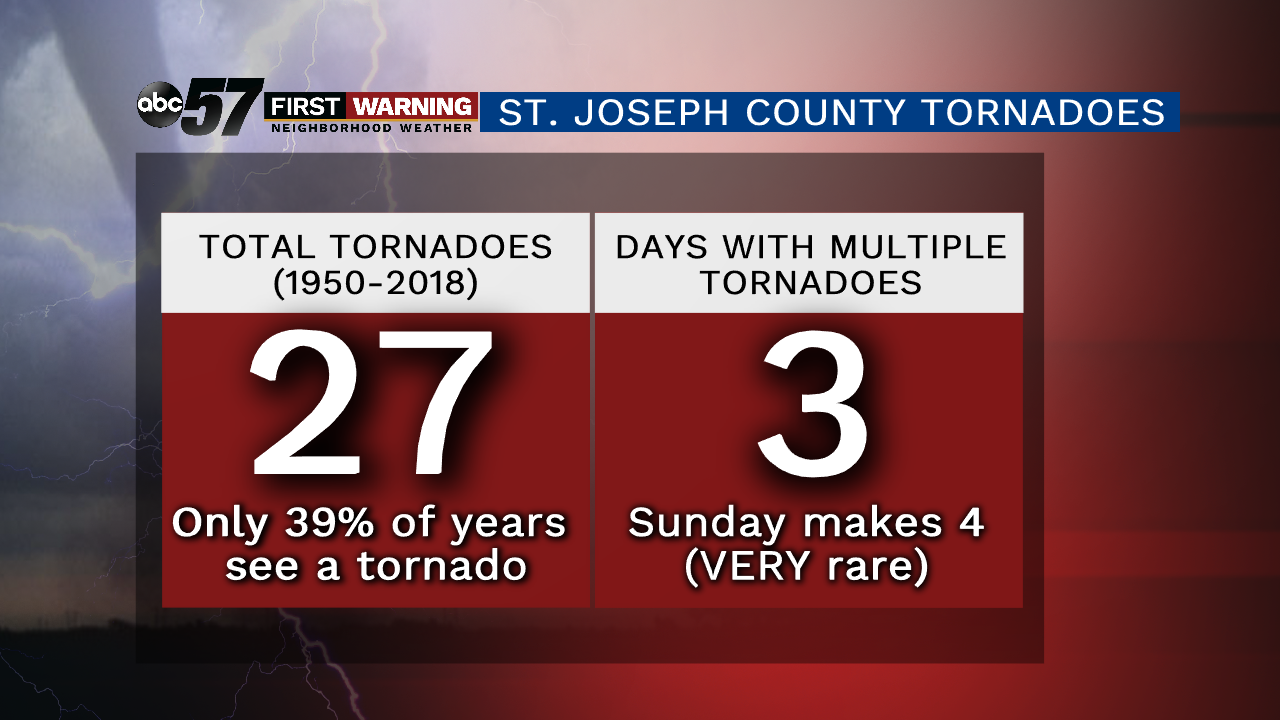 So how rare are tornadoes in St. Joseph County? Between 1950 and 2018, only 27 tornado touchdowns occurred within the county. That breaks down to roughly 39% of years featuring a tornado.

What's extremely rare is the fact that Sunday was only the fourth time since 1950 in which multiple tornadoes touched down on the same calendar day in St. Joseph County.