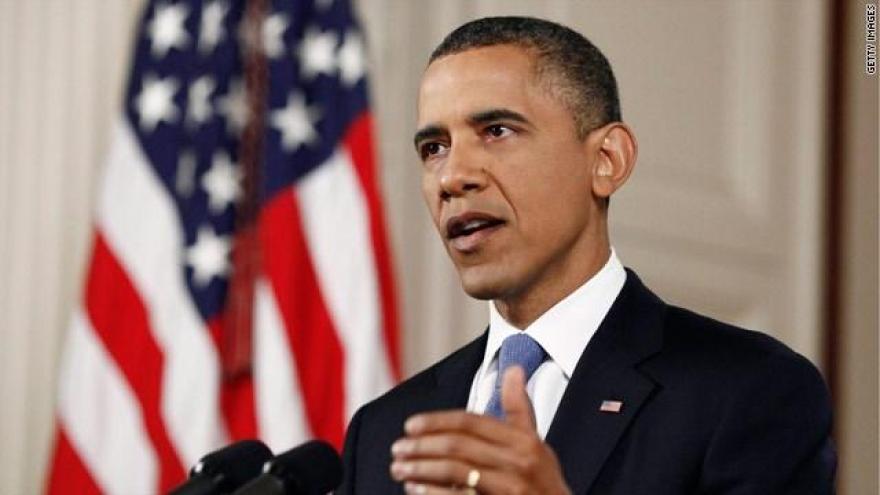 WASHINGTON (CNN) -- President Barack Obama tweeted the American people in his final hours as head of state promising to continue his work with them, and unveiling a new website.

"It's been the honor of my life to serve you. You made me a better leader and a better man," he said.

His post-White House website, Obama.org, features a request form for scheduling events and a page for fundraising.

"As we look forward, I want our first steps to reflect what matters most to you. Share your thoughts with me at Obama.org," he tweeted.

"I won't stop; I'll be right there with you as a citizen, inspired by your voices of truth and justice, good humor, and love," Obama also tweeted.

Obama's tweets come as more than 50 Democratic lawmakers are planning to boycott Donald Trump's inauguration out of concern for how he came to power following US intelligence pointing to Russia's involvement in meddling with the 2016 election.

And other lawmakers expressed concern about Trump's rhetoric and proposed policies towards women, immigrants, Latinos and other groups that overwhelmingly supported Hillary Clinton in the campaign.

"I'm still asking you to believe - not in my ability to bring about change, but in yours. I believe in change because I believe in you," Obama tweeted.

Obama wrote an emotional public letter, published Thursday, thanking Americans and encouraging them to participate into "daily acts of citizenship."