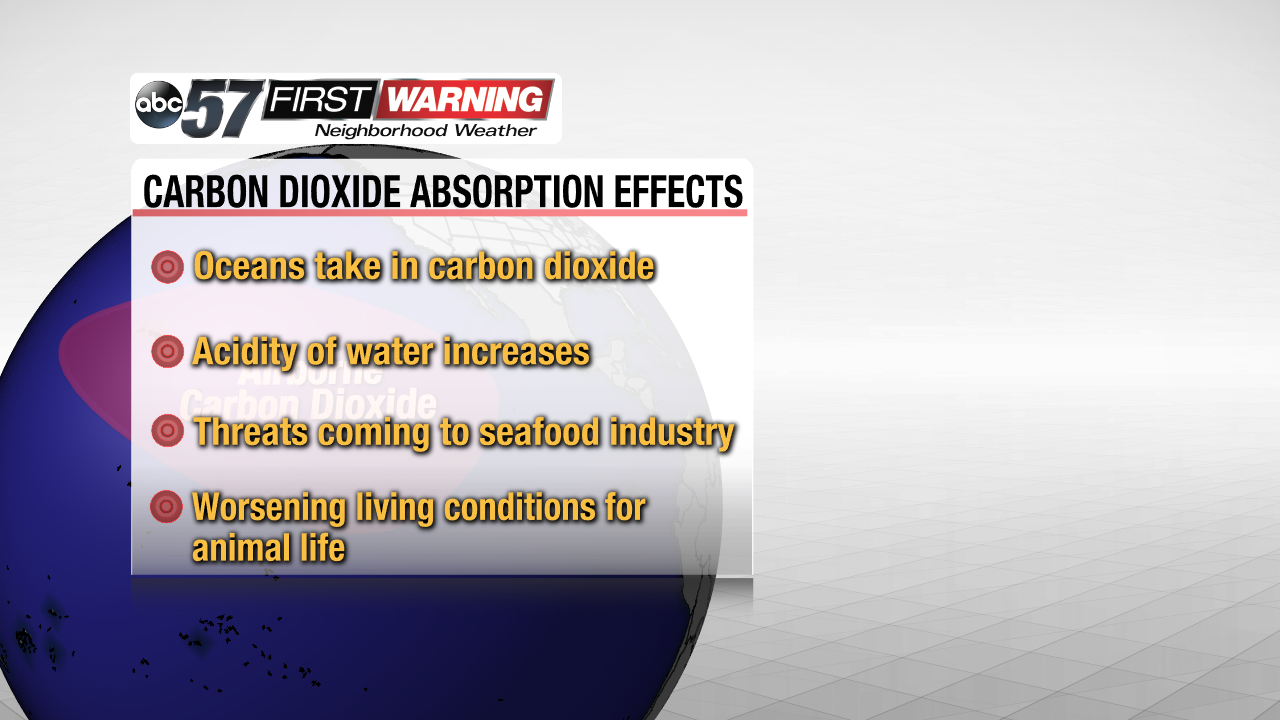 And this extra intake of carbon dioxide is already negatively affecting the seafood industry and ocean animal life. When the ocean intakes carbon dioxide, the seawater slowly gets more acidic. That does a number on sensitive ecosystems in the ocean like coral reefs. Also, the acidic seawater creates a hostile environment for all animal life and the seafood industry is already noticing a drop in their numbers.

On the other hand, the Great Lakes are so big that they basically act like their own ocean. In fact, about 20 percent of all the freshwater on earth is stored right here in the Great Lakes region. And they all do their part to fight the rise of carbon emissions into the atmosphere. However, it doesn't absorb carbon dioxide naturally year round. The algae that forms at the surface of the lake controls the absorption process. During the spring and summer, algae forms on the surface of the lakes, including Lake Michigan, and helps take in the excess airborne CO2, so during the warm season, the lake is a carbon "sink". In the fall and winter, the algae dies off, and colder water from the bottom of lake tends to make its way to the surface. Well, trapped CO2 in the bottom of the lake then be released back into the atmosphere, supplying the air with even more carbon dioxide naturally. 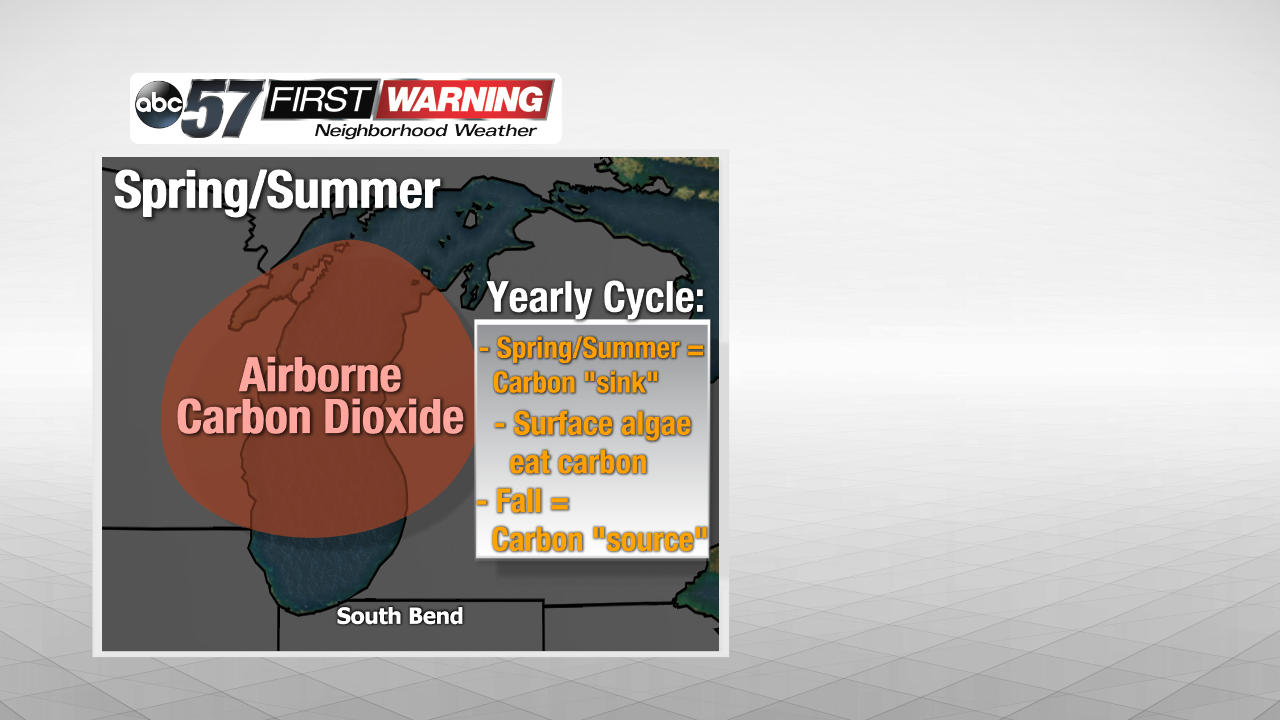 And with invading species coming and going out of the lake, there's some variations and unknowns about how the carbon process works around the Great Lakes. And studies are still ongoing to try to better understand it.