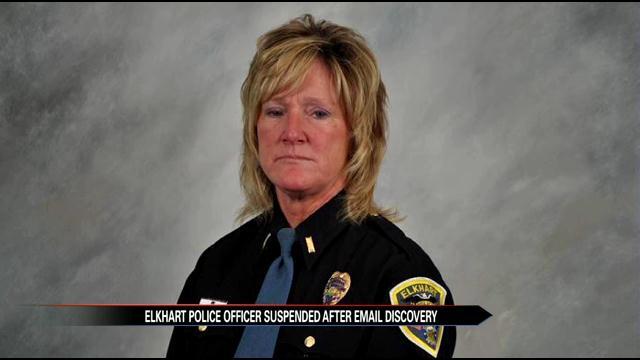 An Elkhart Police officer has been demoted and suspended for sending inappropriate emails from her work email account.

"Lieutenant Snider admits that the emails were sent from her email account. Although she cannot remember sending those particular emails, she has now accepted responsibility for them,” said Chief Laura Koch of the Elkhart Police Department.

Koch says after negotiations with Snider's attorney, she recommended a five day suspension without pay and a demotion.

Thursday morning, the Board of Public Safety voted unanimously in favor of the punishment.

"Further, Lt. Snider now admits that the emails in question violate the city's policy and is conduct unbecoming of an officer,” said Koch.

Snider was also instructed to go through an email and internet usage training program.

Despite the incident, members of the Board of Public Safety think highly of the Elkhart Police Department.

"I don't think you're going to find a better group of police officers anywhere and that includes Lieutenant Snider. I'm very pleased we were able to come to this agreement and I plan to support it,' said Andy Jones.

Snider will be demoted to investigator.