SCOTT COUNTY, Ind. -- An officer with the Charlestown Police Department died in a crash while pursuing a suspect Wednesday evening, according to the Indiana State Police.

Officer Benton Bertram of the Charlestown Police attempted to stop a teal 1998 Toyota Corolla for a traffic violation just after 10 p.m.

The vehicle fled on SR 3 and continued into Scott County.

The pursuit continued to the intersection of SR 3 and SR 56 east of Scottsburg, according to ISP.

Other officers involved in the pursuit stopped to render aid to Officer Betram, according to ISP.

The suspect, 35-year-old Benjamin Eads, was later located and apprehended. 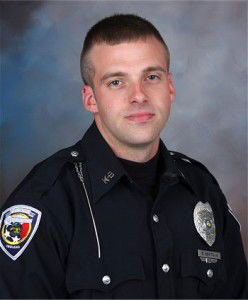