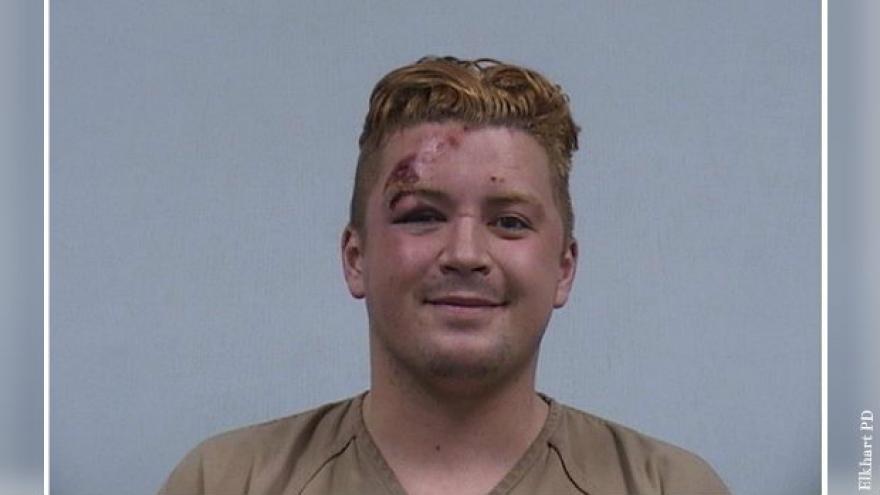 According to EPD, officers stopped a man on a bicycle at 6:36 a.m. on the 800 block of Johnson Street.

Forrest Howard, 24, was riding a bike and showed signs of intoxication.

EPD said Howard was loud and disruptive. He spit on the shoe of an officer’s shoe after they asked him to lower his voice.

Howard resisted the officer’s arrest, which led to an officer sustaining a minor hand injury.

According to police, Howard made threatening comments toward the officers once in custody.

He was arrested for the following: