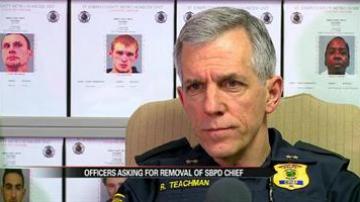 SOUTH BEND, Ind. -- Some South Bend Police Department officers are expected to speak out about their request seeking the removal of Police Chief Ron Teachman.

They also want a formal investigation into the Office of the Mayor for alleged acts of misconduct and neglect of duty.

A message sent to ABC 57 from an email account believed to be connected to South Bend police officer Theodore Robert stated that a group of minority members of the SBPD will voice their opinions either before or after tonight's Common Council meeting at 7p.m.