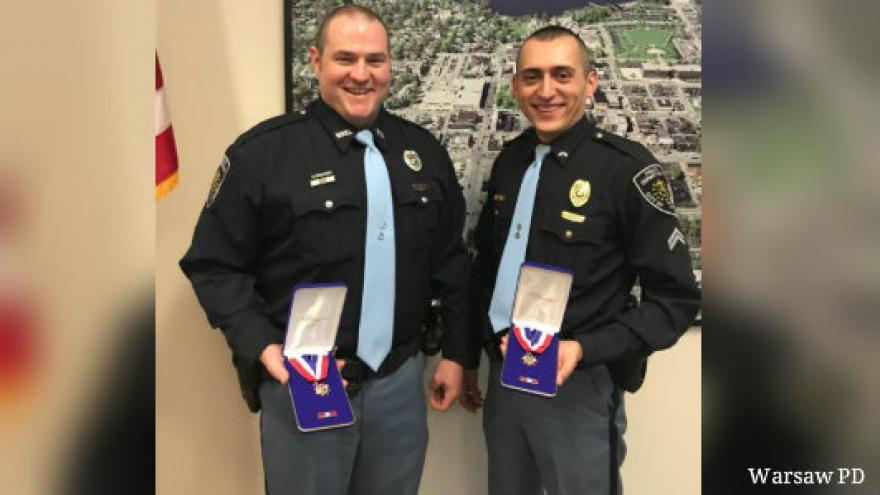 WARSAW, Ind. – Corporal Phillip Hawks and Patrol Officer Samuel Weaver received Life Saving awards for their efforts in saving a female victim who was shot in May 2017.

On May 13th, Cpl. Hawks responded to a report shortly after his shift ended, where a woman was suffering from a gunshot wound in the arm.

Hawks began aid with his trauma kit and requested Weaver’s assistance with the wound.

There was confusion with EMS, which caused delayed response time. The proficiency and quick acting application of trauma care kept the victim calm and safe.

Hawks and Weaver are commended for their life saving efforts and continued service to the Warsaw community.