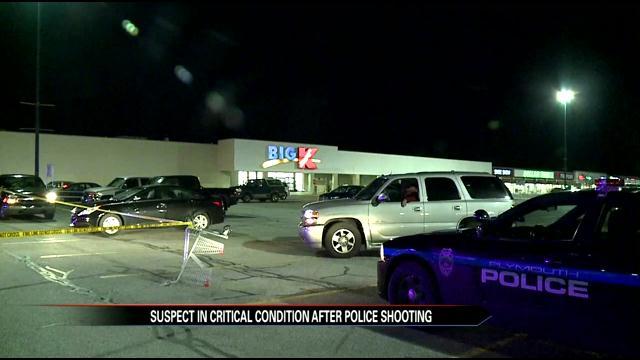 A man was shot by law enforcement in the parking lot of the Kmart on Pilgrim Lane in Plymouth Monday evening.

According to Indiana State Police-Bremen, around 6:40 p.m., officers working in Marshall County received information that a man wanted for questioning in a domestic battery case was in the area of Hoham Drive in Plymouth.

They learned the man was possibly armed with a gun.

Within a few minutes, an ISP trooper spotted the suspect pulling into the KMart parking lot. The trooper stopped the driver and waited for a Plymouth officer to assist.

The trooper and the officer from the Plymouth Police Department approached the van, spoke with the driver and asked him to step out of the van.

The driver, identified as Lane Dodson, 33, of Plymouth, refused and allegedly pulled a gun.

The trooper and officer fired multiple shots at Dodson.

The suspect was injured and taken by helicopter to Memorial Hospital in South Bend.