Officials give update to triple shooting in St. Joseph County 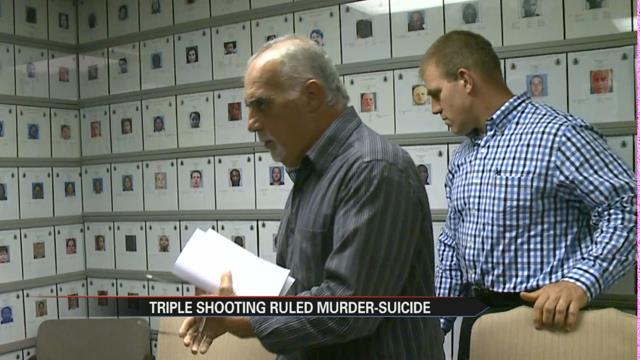 The May 24 triple shooting in St. Joseph County has officially been declared a murder-suicide.  The lone survivor, a teenage girl, has recovered enough from her gunshot wounds to talk with investigators.

Officials say they were able to meet with the victim's families on Friday, because they wanted the families to be the first to know about the details.

"The worst thing usually I see with victim's families is uncertainty, not knowing how their loved one died, or what the circumstances were," says prosecuting attorney, Chris Fronk.

But in this case, there was no uncertainty thanks to one surviving victim.

According to the female victim, Sunday's shooting started with a texting conversation.

She says her boyfriend, 22 year old Tyler Layton, agreed to meet 21 year old Devin Johnson in a parking lot for a fist fight.  The agreement was just fists, no weapons.

Johnson shot and killed Layton, shot the teenaged girl, then turned the gun on himself, investigators said.

Despite the shootings, Johnson's father told ABC57 News in a Facebook message "My son was a good kind-hearted young man."

And according to Layton's obituary, "Those who knew him best would describe him as loving, caring, and respectful, with a great sense of humor."

The female victim is expected to recover from her injuries.