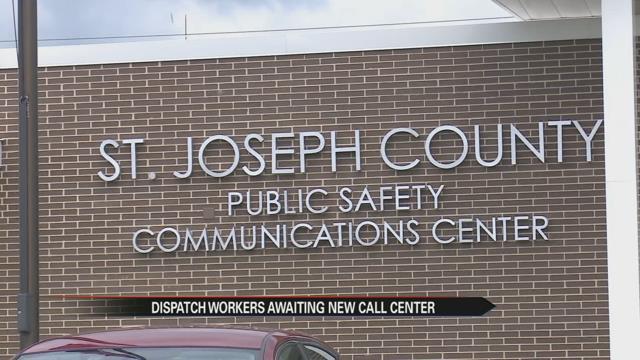 Officials in St. Joseph County are one step closer to finalizing plans for the new Public Safety Communications Consortium.

It’s been a long process since Mishawaka, South Bend, and St. Joseph County dispatch began to consolidate in 2014.

Workers say they are being over worked and directors say final kinks still need to be worked out.

The call center was supposed to open in December of 2015 but it is still empty.

“If we were to move in earlier we were going to lose a lot of safety factors,” says Brent Croymans, the Executive Director of the Public Safety Communications Consortium.

On Thursday Croymans set out a time line to have the consolidated dispatch center ready to serve the public.

“Job A has to be done before job B gets done. As long as everyone stays within their time line we should be able to make November,” says Croymans.

Croymans says there are some construction issues and towers and a radio system needs to be upgraded.

He says he does not expect these issues to throw off his time line any further.

The most complex issue though the people who answer emergency calls day in and out.

“There are times when there is an 8 hour turn around between shifts,” says Michael Clayton, who has worked as a dispatcher for eight years.

Clayton says with only 13 employees he and his coworkers are stretched to their limits.

“It does affect the quality of work and the quality that the citizens of St. Joseph County will get in their dispatchers,” says Clayton.

Croymans says if they could hire four more employees work conditions would improve.

It would cost about $160,000 but that is way less than the amount in overtime being shelled out.

Representatives from the AFSCME union were at the meeting too saying they are extremely close to being done with negotiating a contract for the dispatchers.

“It’s been identified that we don’t have the staff level adequate to where they need to be so we need to see how Do we address those and how do we pay for it,” says Andy Kostielney, the President St. Joseph County Board of Commissioners.

Until a price tag is placed on upgrades and new employees a decision will not be finalized.

“We know what we have to do but how do we pay for it and sometimes we need to sacrifice things because there is only so much we can afford,” says Kostielney