Ohio inmate still on the loose after he overpowered deputy 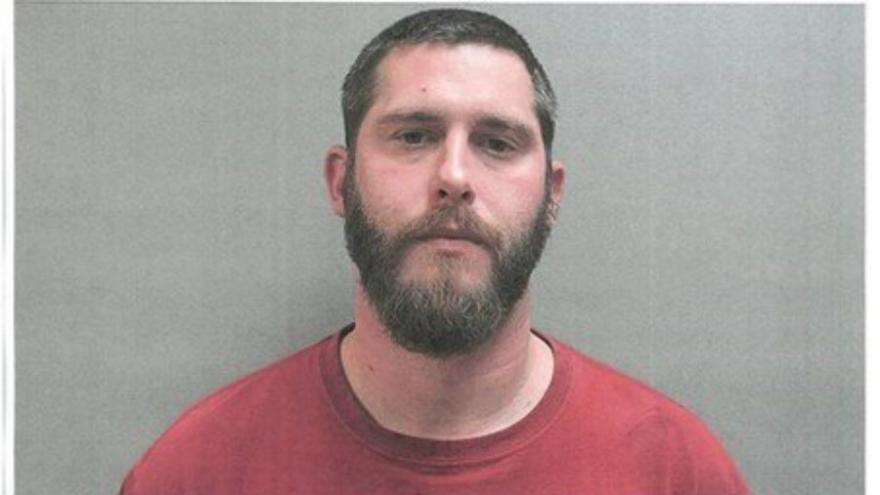 (CNN) -- Law enforcement officers in Ohio and nearby states remained on the alert for an "armed and dangerous" suspected rapist who escaped from a van last week after he overpowered a deputy and swiped his gun.

Branden Powell, 32, of Antwerp, Ohio, broke free during a prison transport Friday from a hospital back to the jail in northwestern Ohio.

"If you see him, please call 911 and report his location," Paulding County Sheriff Jason Landers said in a Facebook post that included the suspect's picture and a description of his clothes and size. "Do not approach this subject. He is considered dangerous."

Powell was indicted last month on allegations of first-degree rape, attempted rape and four sexual battery charges, according to an arrest warrant. He was arrested and booked last month.

Powell cut his throat with a razor and had to be taken to Northwest Ohio Psychiatric Hospital in Toledo and admitted for treatment, the sheriff said.

Powell was released from the facility on Friday. Paulding Deputy Robert Miller was transporting Powell when the escape occurred. They were the vehicle's only occupants.

Paulding Prosecuting Attorney Joe Burkard said an arraignment and a trial date hearing were going to be scheduled. Now, dozens of law enforcement agents are combing the region for the escapee.

Powell had been shackled and handcuffed in a van when he was able to maneuver over a row of seats and place the deputy in a headlock, Landers said.

After the vehicle crashed, the inmate allegedly stole Miller's gun and the handcuff key, the sheriff said. He freed himself and forced Miller to handcuff himself, Landers said.

"He had a plan to escape," Landers said. "He had a mindset to escape."

The deputy freed himself within minutes. Landers said he suffered minor injuries.

Landers said Powell has a .40-caliber pistol and 30 rounds of ammunition.

At the time, Powell was wearing blue jeans, a dirty white and brown T-shirt, a brown sweatshirt and white tennis shoes. He is approximately 6 feet tall and weighs 155 pounds.

Many calls, no positive sightings

Pete Elliott, U.S. marshal for northern Ohio, said a fugitive task force was requested by the Paulding County Sheriff's Office to assist in the search for Powell.

"We have an active warrant for this individual," Elliott said.

Paulding County is on the Indiana border and about 50 miles from Michigan.

There is a $2,000 reward for anyone who can provide any information that would lead to Powell's arrest, according to Elliott. He expects this amount to be increased before the end of the day.

Landers said authorities have gotten a lot of calls, but have not yet landed a positive sighting or a report of stolen vehicle or theft that would be clues to his whereabouts.

He said Powell could be in Ohio, in nearby Indiana or in Michigan. He could be hiding in cornfields of the region, hiding during the day and moving at night through fields and woods.

"The options are endless," Landers said. "He could be anywhere."

Landers said he is going to push for improvements in prisoner transport.

"This particular vehicle does not have a cage in the back. He wouldn't have been able to get to the driver if there (were) a barrier," he said.