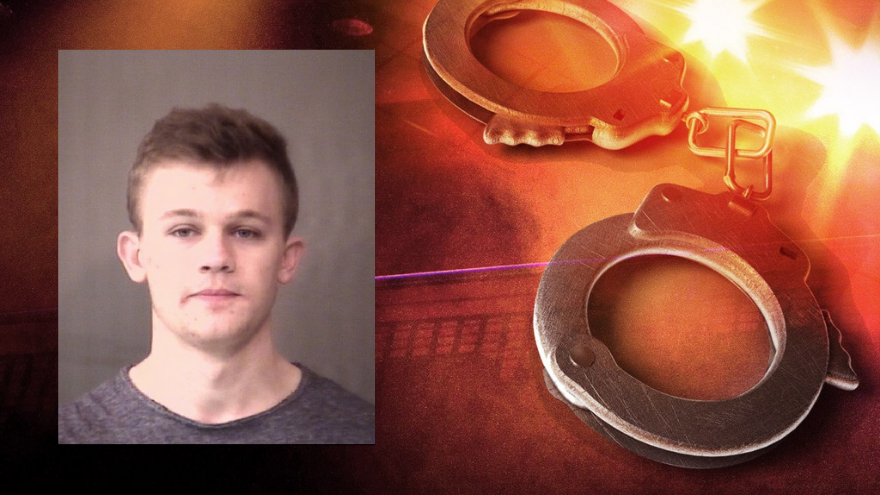 KOSCIUSKO COUNTY, Ind.—An Ohio man was arrested after he allegedly recorded Grace College students undress from October 2017 through July 2018, according to the probable cause affidavit.

On July 5, 2018, Grace College Campus Safety notified the Winona Lake Police Department that there was a hidden camera that recorded audio and video located inside of a dorm room bathroom on campus.

During an investigation, the device was also located in the bedroom of a female Grace College student.

On August 23, 2018, a sheriff’s detective executed a search warrant on 20-year-old Gavin Reeves’ home and on the hidden camera device.

On January 30, 2019, police received a hard drive containing all of the evidence retrieved from the hidden camera device.

The evidence showed that the hidden camera device was placed in the dorm room bathroom at Grace College and recorded four female Grace College students in varying stages of undressing on numerous occasions, according to the probable cause affidavit.

All four female victims identified themselves in still photos taken from the video.

According to court documents, one of the victims informed police that Gavin Reeves gave the hidden camera device to her and told her that it was a motion-activated air freshener he was working on.

Reeves then told her the device would collect motion so that he would be able to determine the setting for the air freshener, reports said.

The victim told police that Reeves requested that she put the device in the dorm room bathroom, according to the probable cause affidavit.

During an interview, Reeves admitted to police that he gave the hidden camera device to the victim, informed her that it was an air-freshener he was working on, and asked her to put the device in the dorm room bathroom to record females undressing without their consent, according to court documents.

Reeves was booked into the Kosciusko County Jail on April 18 and charged with four counts of voyeurism.