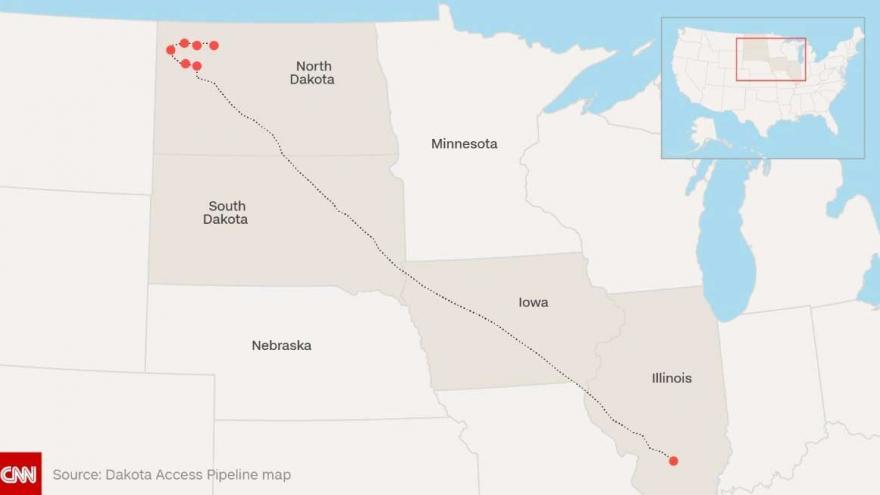 The 1,172-mile-long pipeline is now in full commercial use, said Vicki Granado, spokeswoman for Energy Transfer Partners -- the pipeline's developer.

The $3.7 billion project, which stretches across four states, drew fierce resistance from the Standing Rock Sioux tribe in North Dakota, its allies and environmentalists.

On Thursday, a tribal leader said he'll keep fighting to stop the pipeline, even though it has already gone into use.

"Now that the Dakota Access Pipeline is fully operational, we find it more urgent than ever that the courts and administration address the risks posed to the drinking water of millions of American citizens," said Dave Archambault II, chairman of the Standing Rock Sioux.

In March, a US appeals court in Washington denied the tribes' request for an emergency order that would have blocked the pipeline from being used, saying the plaintiffs had not met their "heavy burden" of proof for an injunction.

The pipeline extends from North Dakota, through South Dakota and Iowa, and into Illinois. It's expected to move 470,000 barrels of crude oil per day.

Opposition to the pipeline sparked months-long protests, with as many as 10,000 people participating during the peak of the demonstrations. Clashes with police at the protests turned violent at times, with one woman nearly losing her arm after an explosion in November.

The Standing Rock Sioux tribe had also asked protesters to leave, saying the fight over the pipeline belongs in court.

Pipeline gets boost from Trump

Since then, momentum has swung in the pipeline developer's favor.

In February, the US Army Corps of Engineers granted permission for the last stretch of the pipeline, under Lake Oahe, which had been opposed by Native Americans and environmentalists.

The Standing Rock Sioux tribe and its allies said then that the easement shouldn't have been granted without an environmental impact statement to identify risks to its treaty rights, including the water supply and sacred places.

"We will continue to battle the operation of this pipeline in court and remind everyone that just because the oil is flowing now doesn't mean that it can't be stopped," Archambault said Thursday.