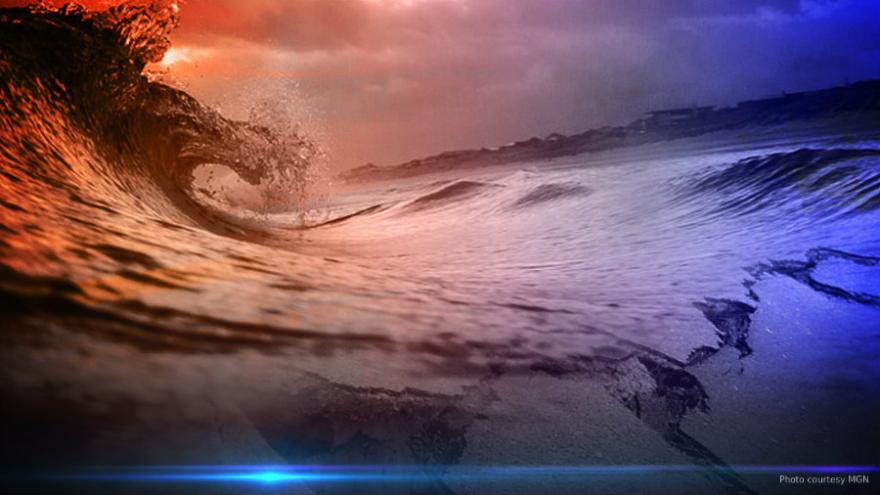 (CNN) -- An oil tanker burning in the East China Sea has sunk a week after it collided with another vessel, according to Chinese state media.

The Panama-registered Sanchi tanker sank Sunday after an explosion rocked it and sent flames shooting up, CCTV reported.

The Sanchi had been carrying 136,000 tons -- around 1 million barrels -- of oil from Iran to South Korea when it collided with the Hong Kong-registered CF Crystal freighter in the East China Sea on January 7.

Chinese maritime authorities launched a search and rescue operation for the 30 Iranian and two Bangladeshi crew onboard the Sanchi. China's Ministry of Transport said the 21 Chinese sailors from the CF-Crystal had been rescued.

Iran joined the international rescue effort led by China, sending a rescue team of its own, including Iranian navy commandos on speed boats. But the teams couldn't get close to the burning tanker due to the heat.

Three bodies were recovered over the week and just hours before the Sanchi's sinking Sunday. Iran announced that all the ship's crew members were presumed dead, according to Iranian state media.

Iran's Special Task Force spokesman Mohammad Rastad said testimony from crew on the CF-Crystal as well as from rescue workers, suggested the Sanchi's crew likely died early on from a massive blast and the ensuing release of toxic gas, state media reported.

Later efforts to retrieve the bodies of the victims were hampered by back-to-back explosions on board the tanker in addition to strong winds and high waves at sea.

Since the initial collision, the tanker had been ablaze and drifting in the waters between Shanghai and southern Japan.

China's state-news agency Xinhua reported Sunday there was an oil spill where the vessel sank and that the National Oceanic Bureau is monitoring the situation closely.

With a length of 900 feet (274 meters) and displacing more than 85,000 tons, the Sanchi is almost as big as the US Navy's Nimitz-class aircraft carriers, according to the ship-tracking site marinetraffic.com.

Iran's Shana news agency reported that the Sanchi was managed by the National Iranian Tanker Company and its cargo was worth around $60 million. Shana said the oil had been purchased by South Korean customers.