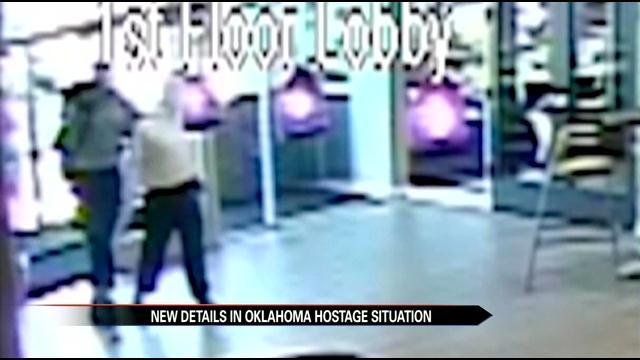 Surveillance video of an Oklahoma hostage situation was released.

Police say the hostage stand-off began when 29-year-old Iraq veteran Devin Rodgers gathered up several people and held them at gunpoint for hours before eventually surrendering to police.

The first hostage victim was grabbed while walking to work from lunch, and the video shows victim Joe Steadman walking, but the video does not show Rodgers allegedly holding a gun against his neck.

“I didn't realize he was on me until he was maybe one or two steps, I mean a half a second, split second,” says Steadman.

When the two got inside, police say Rodgers told the receptionist to call 911.

The hostage situation ensued for five hours before the stand-off came to an end.

Rodgers is being held in jail without bond.