On the Toll Road to Game 7 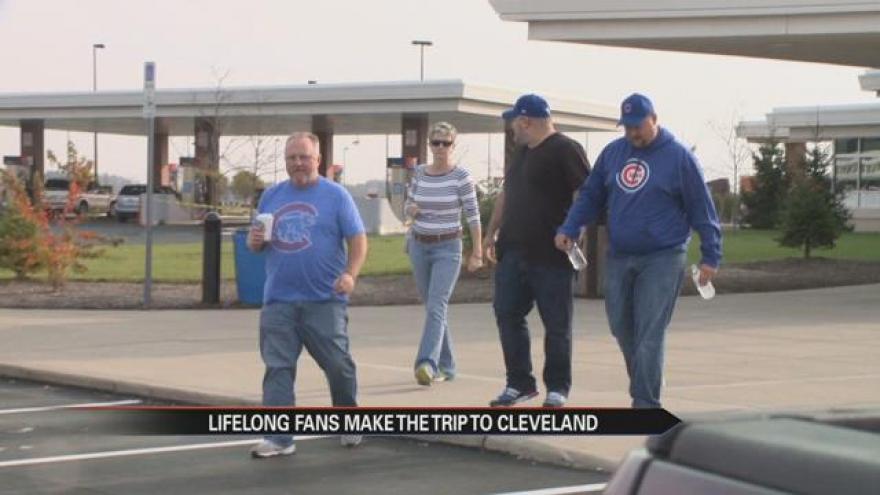 Many lifelong Cubs fans are making the trip to Cleveland for what could be a historic day for the Cubs and all of baseball.

At the first rest stop on the Toll Road it was hard to avoid running Cubs fans headed east for Game 7 of the World Series.

"I left my house at 4:45 this morning to drive and meet these guys in Indiana," said Tony Femminella of Lemont, Illinois.

Femminella and his friends from Chesterton and Valparaiso were lucky enough to score tickets to Game 7.

So how did they get their tickets?

"Spent a lot of money on them," Paul Payne of Valparaiso said.

"A little more than $2,000. It's quite an expense, but my wife backed me 100-percent on it. She said, 'Absolutely get there!' So we’re going to be there it’s going to be awesome," Brad Werner of Chesterton said.

The guys are still riding high on Addison Russels' grand slam that all but guaranteed Game 7 would be happening.

"I think we already had the momentum, but I think that was the clincher -- so that’s when we started getting our hotel rooms for tonight," Payne said.

He’s not the only Cubs fan we ran into on the Toll Road to Cleveland.

Walter Hanley from Riverside, Illinois was also watching Tuesday night ready to load up the car.

"We want to see history. It’s been forever and been a Cubs fan for 45 years and have been going to games for that long and this is a once in a lifetime opportunity," Hanley said.

What would a win mean to these fans?

"It’ll be emotional. A lot of family that’s passed on you know the pictures of them watching the games with the radios on their ear. That’s all going to come flooding in tonight for sure. It’s going to be tough," Werner said.