On Women's Day, take the next step for girls' education 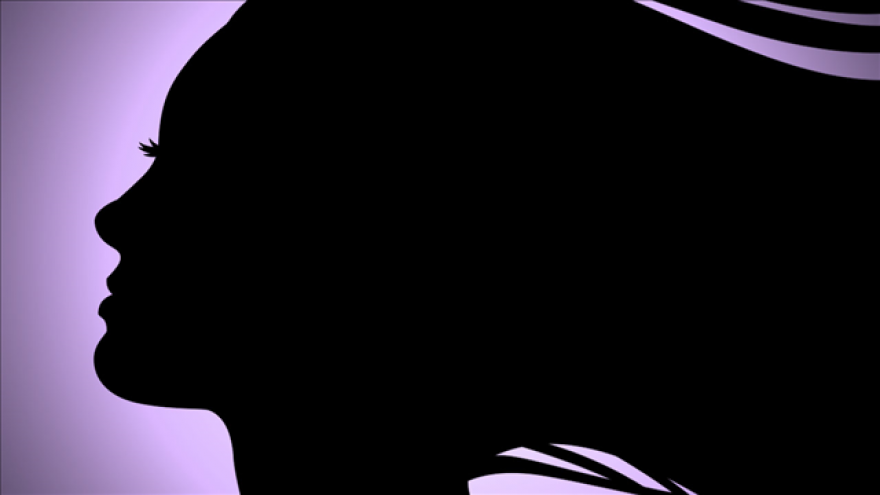 Editor's note: Ngozi Okonjo-Iweala is the Chair of GAVI and the Former Minister of Finance for Nigeria. Sheikha Lubna Al Qasimi is the current Minister of State for Tolerance in the United Arab Emirates. Both serve as Commissioners on the International Commission on Financing Global Education Opportunity. The views expressed in this commentary are solely those of the authors.

(CNN) -- In the movie "Hidden Figures," Janelle Monáe's character Mary Jackson petitions a Virginia State Court judge for the right to enroll in engineering classes at the local all-white high school. She reminds the judge that he was the first in his family to join the Armed Forces and to attend college. Now he can help her be the first female engineer at NASA. "Your Honor," Jackson says, "out of all the cases you're going to hear today, which one is going to matter one hundred years from now? Which one is going to make you the first?"

"You are the first," is a phrase that the two of us, despite living in starkly different countries, have heard more times than we can remember. It resonates for us both as the world marks International Women's Day. Most notably, we are the first women appointed to our respective cabinet positions. A woman in a leadership role is a rarity in our regions, let alone women like us with economics and computer science backgrounds. No wonder: today, in 2017, 130 million school-age girls around the world are not even in school. The main reason? Existing financial resources for education, especially for girls, both within countries and by multilateral and bilateral donors, are woefully inadequate. We must, as a global community, commit to reversing troubling trends and improving outcomes when it comes to girls' education -- and education for all children.

The world renewed its commitment to changing this situation when it pledged to ensure "inclusive and equitable quality education and lifelong learning opportunities for all." And this Sustainable Development Goal comes bound to the promise of results by 2030. The goal is based on the knowledge that education is the pathway for safer, more prosperous and inclusive societies. For we know that educating a girl does far more than place a child behind a desk. It is the surest pathway to reducing infant mortality, mitigating high birthrates, slowing migratory pressures and unlocking economic potential.

As noted in a recent report by our Commission, a one-year increase in schooling for girls is associated with reduction in mortality of 4.2% for children under the age of five. Furthermore, a child that begins preschool education in 2017 will see lifetime earnings nearly five times that of their parents and 12 times the cost of their education. And a case study from Brazil shows us low-income girls who participated in community preschool programs were two times more likely to reach fifth grade and three times more likely to reach eighth grade than their peers who did not attend preschool.

Yet at a time when we need to invest more, we are investing less. The share of international aid to education has fallen from 13 to 10% since 2002. At the national level, there is significant variation among countries. But we can say that, on average, education's share of total government spending has slightly declined across countries of all income groups since 2000. Furthermore, children caught in emergency situations -- whether armed conflict or a natural disaster -- see their education treated as a luxury rather than a necessity. In practice, humanitarian aid for education remains critically underfunded, with less than 2% of pledges directed toward education.

The outcomes are clear enough. According to the Education Commission's Learning Generation report, at current trends, by 2030, 825 million children in low and middle-income countries -- half of the world's 1.6 billion children -- will lack the basic secondary-level skills.

For Africa there is a particular sense of urgency. A few countries such as Togo and Ethiopia have made strides by raising enrollment levels and expanding domestic financing for education. But these successes are counterbalanced, and indeed outweighed, by wide deficits that must be tackled. If things stay the same, by 2030, only about half of Sub-Saharan Africa's youth will complete high school.

Not far away, Syrian children are not doing any better. For them, getting an education is a matter of life and death. There have been at least 84 attacks on schools across Syria in 2016 alone, with at least 69 children losing their lives and many others injured. And since the Syrian Civil War began in 2011, of the more than 2.3 million registered Syrian refugee children, 1.6 million are of school-age and of those only 53% are enrolled in school.

In response to this alarming situation, we are calling for the largest expansion of educational opportunity in history. It is doable. The Education Commission, on which we both serve as Commissioners, has outlined a plan to gradually increase annual education spending in all low- and middle-income countries from $1.2 trillion today to $3 trillion by 2030. This plan is underpinned not just by more funds directed toward education globally, but the better use of existing funds -- a blend of reform and investment.

Now we look to national governments to expand their financial commitment to education. And where governments do step up and commit to expanded education financing, we believe this pledge should trigger support from the international community. This compact has led the Commission to develop a breakthrough proposal for an International Financing Facility for education -- a body that can close the financing gap by bringing the World Bank, regional development banks and donors together in a more coordinated fashion, proving the power of international cooperation.

At a time when millions of migrant and refugee children around the world are displaced -- when countries like Lebanon and Chad must do the impossible to accommodate hundreds of thousands of refugee girls and boys in their classrooms -- ensuring there are adequate resources flowing to effectively educate our children is the wisest and smartest way to invest.

If we do this now, we could be part of the generation responsible for making sure that being the first will no longer be the defining aspect of a woman's resume. And that, for sure, will matter one hundred years from now.