One airlifted to hospital after head-on crash 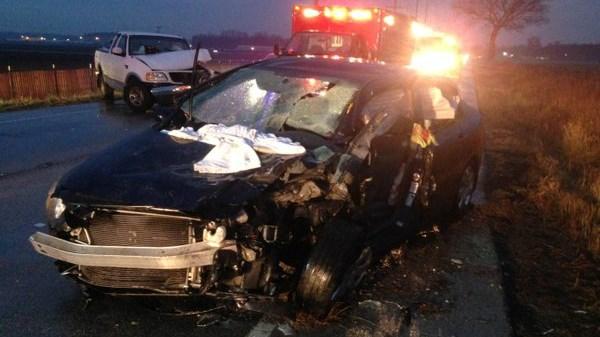 One person was flown in a helicopter to South Bend's Memorial Hospital Tuesday morning after a two-vehicle crash near Bristol.

The crash happened around 6:45 a.m. on State Road 15 a few miles south of the city limits. Police say the driver of the second vehicle involved in the crash was taken to a hospital by a family member.

Traffic was held up for about a half hour while police worked to clear both lanes of S.R. 15.

The extent of injuries is not known at this time.