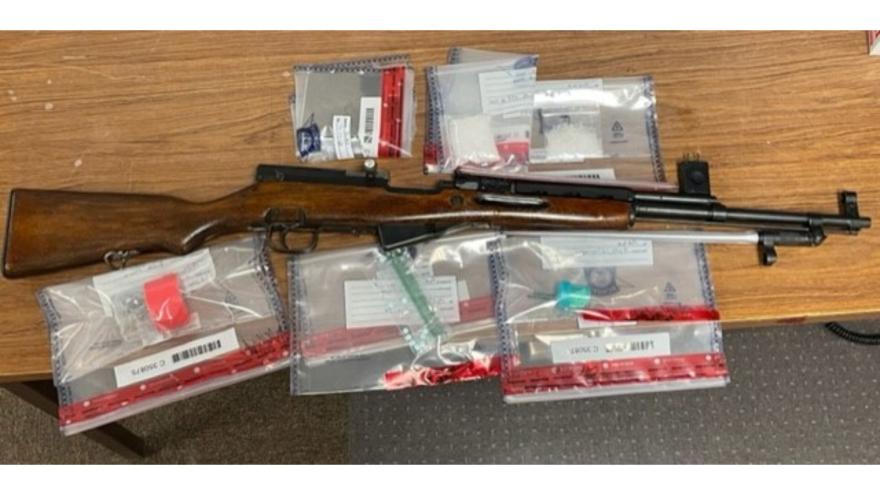 BERRIEN COUNTY, Mich. - One person was arrested after detectives collected crystal methamphetamine and other drugs from a residence in Niles Township, the Southwest Enforcement West Team announced.

Brock Moore, 24, of Niles, was arrested on Thursday after detectives searched a residence on Leisure Lane.

During the search warrant, detectives found suspected crystal methamphetamine, oxycontin, and clonazepam pills, according to reports.

Detectives also reported seizing a rifle and other evidence of drug trafficking from the residence.

Moore was arrested and taken to the Berrien County Jail on felony drugs and firearms charges.