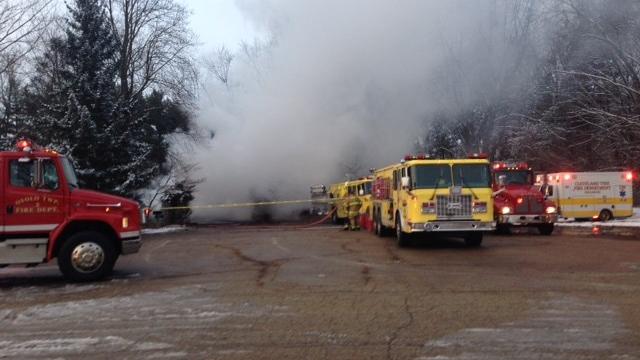 A 58-year-old woman died in fire Friday morning in Elkhart County at a home on Kehres Street.

The call first came in to the Elkhart County Sheriff's Department as a fully engulfed house fire.

They're now working with the Indiana State Fire Marshal's office to determine the cause of the fire.

The Elkhart County Coroner has determined the cause of death was due to the toxic effects of carbon monoxide from smoke inhalation.

Early findings have revealed the fire was accidental and originated in the garage.