One dead in U.S. 20 crash in La Porte County 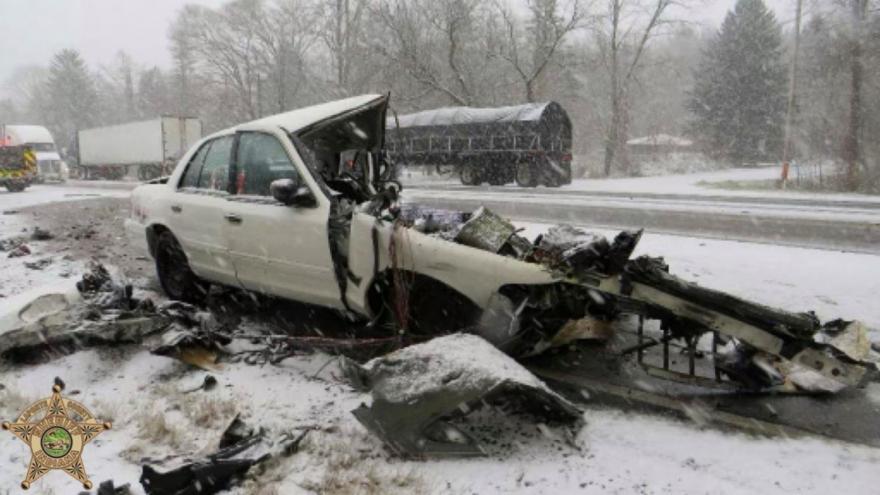 When deputies arrived, they determined one of the drivers involved had died.

The investigation shows that a white 1999 Ford Crown Victoria, driven by 22-year-old Chance M. Van Dyne of Omaha, Nebraska, was traveling east on U.S. 20 when the vehicle began to slide on the snow-covered road.

The vehicle then left the eastbound lanes of U.S. 20 and drove left of center, according to reports.

A yellow 1996 Freightliner was traveling west on U.S. 20 when the driver noticed the Ford sliding. To avoid a crash, the Freightliner began to merge from the westbound passing lane to the driving lane.

The Ford collided with the trailer being pulled by the Freightliner.

After the initial impact, a blue 2015 Peterbilt was traveling west  on U.S. 20 in the passing lane when he noticed the crash. Unable to avoid the crash, the Peterbilt allegedly struck the driver’s side of the Ford, reports said.

Van Dyne was pronounced dead at the scene.

The drivers of the Freightliner and Peterbilt were not injured.