One driver killed, another injured in two semi accident 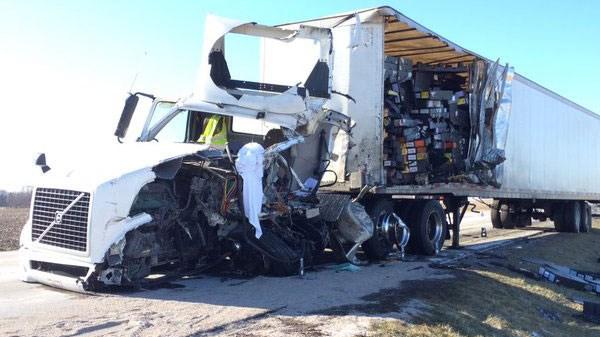 One driver was killed and another driver hospitalized after two semis collided head-on on US6 near Kenilworth Road in Marshall County Tuesday morning.

The Marshall County Sheriff's Department received a call about the accident around 9:32 a.m.

According to the investigation, the driver of a semi traveling east on US 6 drove left of center for an unknown reason. A semi driven by David Dent, of Crete, Illinois, was traveling westbound on US6 and was sideswiped by the eastbound semi.

The driver of the eastbound semi died at the scene.

Indiana State Police, Bremen Police, LaPaz and Bremen Fire and EMS, IDEM and INDOT all assisted at the scene.

The road was closed for several hours during the investigation and cleanup. It reopened around 4:45 p.m.

The truck driven by the deceased driver is from InOnTime, a logistics company based in Zeeland, Michigan.

The truck driven by the injured driver is from ZForce Transportations, Inc., a trucking specialist company based in Chicago Heights, Illinois.