One injured in shooting in South Bend Friday 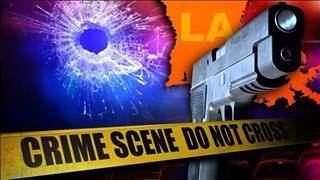 South Bend Police are investigating a shooting that happened in the 400 block of Studebaker Street in South Bend Friday.

Police say one person was shot.

According to police, the victim did not know the suspect but officials are saying that the shooting was not random.

Police are still searching for the suspect who ran from the scene.

The victim suffered a stomach injury but police say the victim was not seriously injured.