One killed in crash on US20 Thursday morning 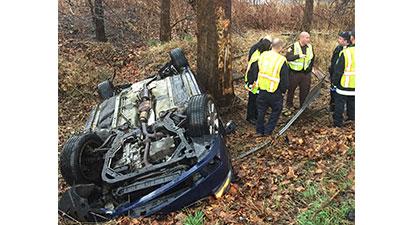 The La Porte County Sheriff's Office responded to a fatal accident on US20 west of Fail Road.

Deputies were called to the accident at approximately 8:13 a.m. CST.

When they arrived, they discovered a vehicle had crashed into a tree and landed on its roof.

The driver was deceased.

Deputies say weather and speed are believed to be factors in the crash.

Eastbound traffic on US20 was diverted at SR39 during the investigation. The road reopened at 10 a.m.

The victim has been identified as 38-year-old Terry Peterson of Michigan City.