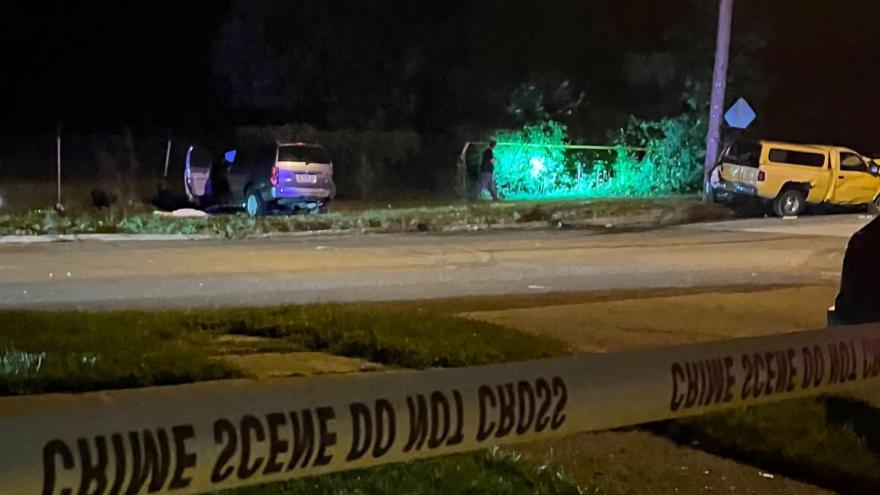 SOUTH BEND, Ind. - One person was killed and several others were injured in a three-vehicle crash on Tuesday night, the St. Joseph County Prosecutor's Office announced.

At 8:49 p.m., police were called to the intersection of South Taylor Street and West Ewing Avenue for a crash.

The investigation found that a South Bend man was driving south on Taylor when he allegedly struck the passenger side of a second vehicle traveling westbound in the intersection of Taylor and Ewing.

The impact pushed the second vehicle into a third vehicle traveling eastbound on Ewing.

The front passenger of the second vehicle, identified as 58-year-old Janeth Gomez of South Bend, was killed in the crash.

The driver of the second vehicle suffered from a broken arm and injuries to his face.

Two teenage passengers in the vehicle were also injured, including one with a concussion.

The driver of the third vehicle suffered a severe eye injury.

The driver of the first vehicle complained of pain.

All survivors were taken to the hospital.

All drivers were cooperative in the investigation.

Impairment does not appear to be a factor.

The crash is being investigated by the St. Joseph County Fatal Crash Team.