One more calm day before the snow

NOW: One more calm day before the snow

Mostly cloudy (but dry) skies continue today with highs in the mid/upper 40s again. Rain showers are possible for the tail end of the day in the MI counties, but the rain changes over to snow for everyone tonight into Monday morning. That system snow will move through for the 1st half of tomorrow, impacting the AM drive especially north of the Toll Road, before switching to lake effect snow in the afternoon. The lake effect continues for most of Michiana, thanks to a constant NNW wind, Monday afternoon throughout Tuesday, with the bands breaking up Tuesday night. 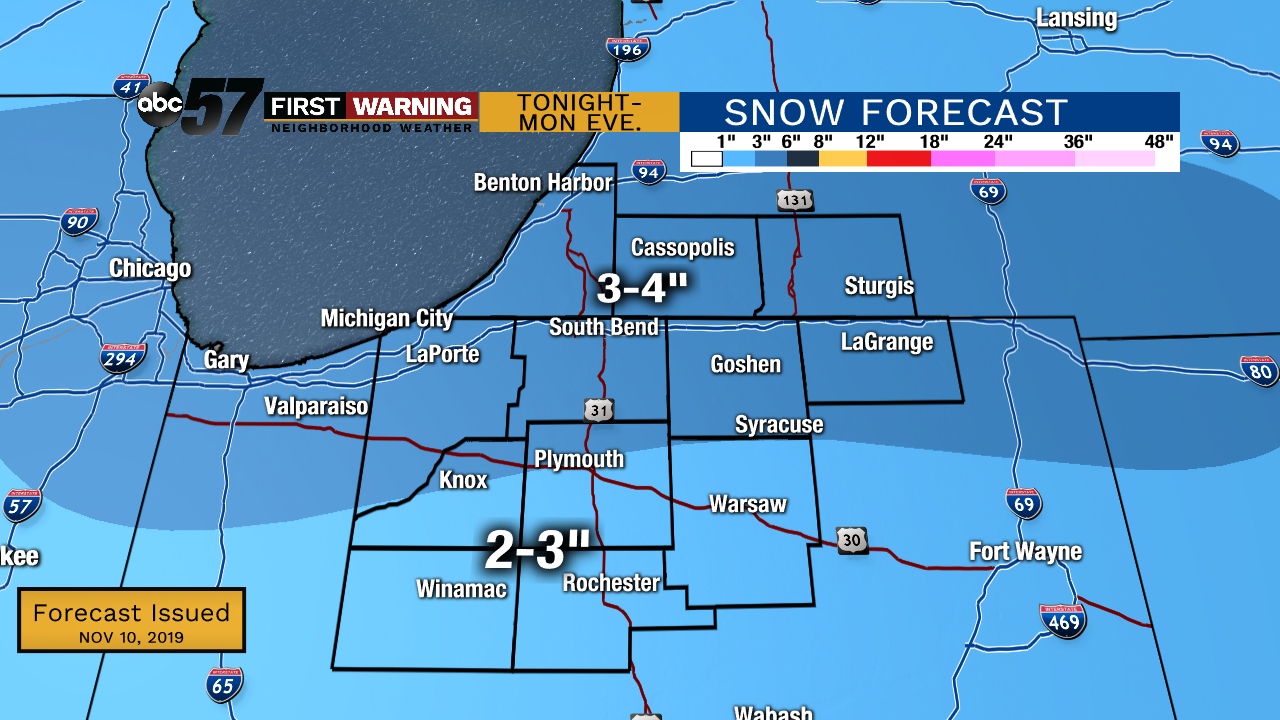 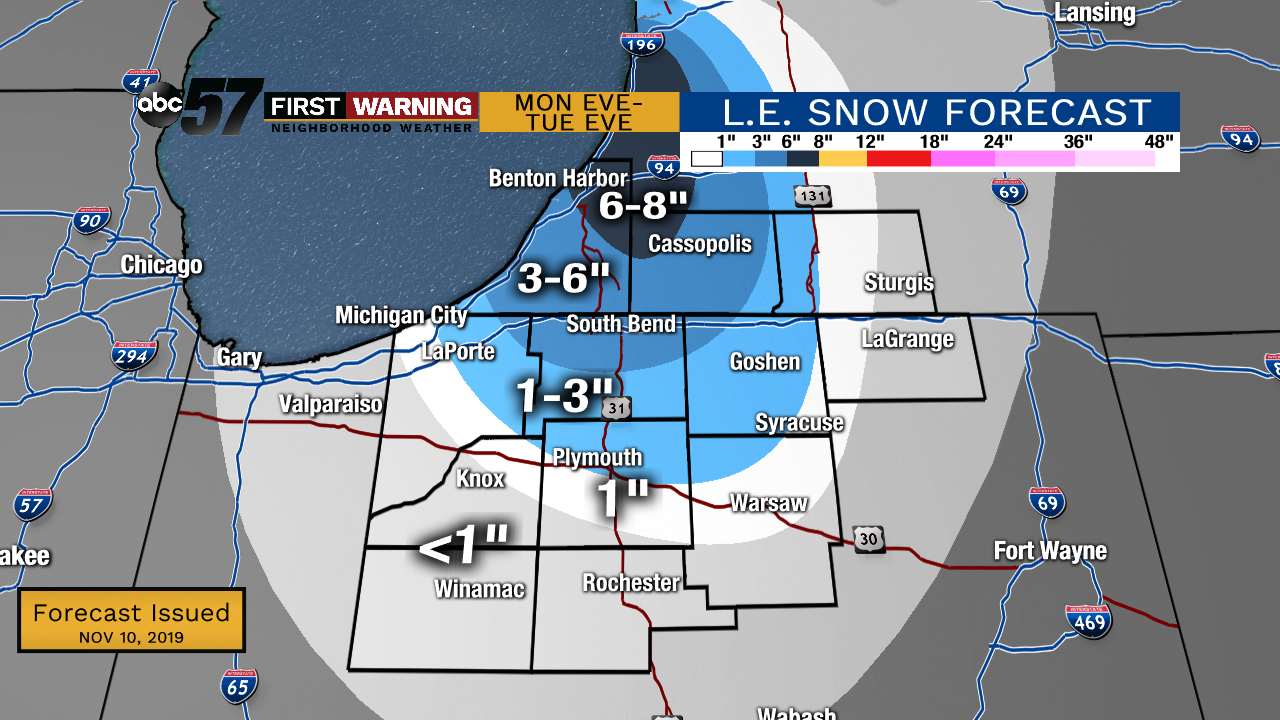 Additional lake effect totals will be significant in Berrien and Cass counties by late Tuesday/early Wednesday.

System snow totals have increased some to a widespread 1-4” with higher amounts to the north. L.E. totals range from ~8” in NE Berrien Co. to

Today: Mostly cloudy with rain showers late to the north. High of 46.

Tonight: Cloudy. Rain changes over to snow. Low of 29.

Wednesday: Mostly cloudy with a slight chance of snow showers. High of 27.