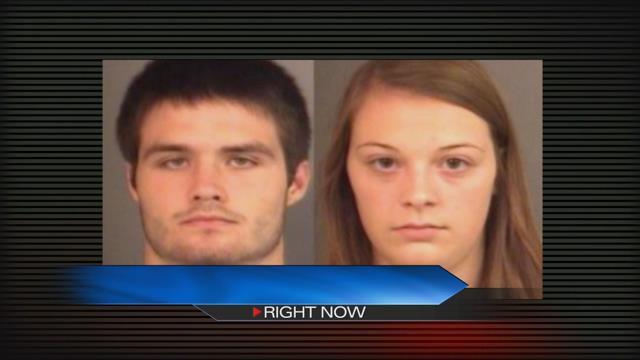 One of the two people charged in connection with the house party that happened prior to the overdose deaths of Jack and Nick Savage pleaded guilty Tuesday.

On Tuesday, Treber pleaded guilty to possession of a narcotic drug, and the other charges were dropped, according to our reporting partners at The Elkhart Truth.

He will be sentenced January 20, according to court records.

The other person charged in relation to the house party, Lauren Schwindamann, is scheduled for a hearing in March 2016, according to court records.

She faces one count of furnishing alcohol to a minor.

On June 13, several people went to Lauren Schwindamann's home on Bryanton Court in Granger for a party hosted by Lauren and her underage sister. Their parents were out of town, according to the probable cause affidavit.

During the party, several people obtained oxycontin from Treber or saw him with a bottle of oxycontin, according to the probable cause affidavit.

At 11 a.m. June 14, medical personnel were called to the home of Jack and Nick Savage on Woodington Court. They had been found unresponsive and were pronounced dead at the scene.

Autopsies on the brothers revealed they died of acute oxycodone and alcohol intoxication.

The investigation revealed they had ingested drugs at a party the night before.

Investigators performed well being checks on other people who attended the party the night before and located a fourth person who was suffering the effects of a drug overdose. He was treated and survived.