One person killed after four vehicle crash in Marshall county 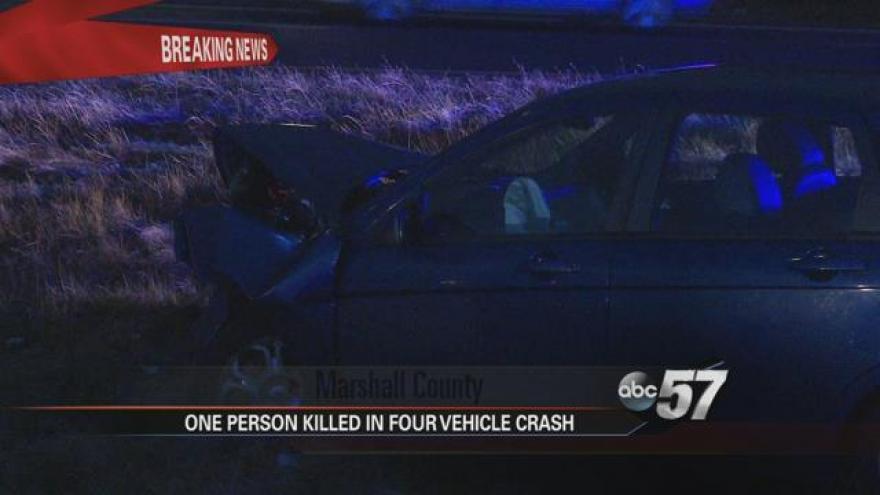 One person is dead and two others injured after a four vehicle crash early Wednesday morning in Marshall County.

Indiana State Police say the crash happened just before 6:30 at the intersection of U.S. 31 North and 12th Road, just south of Plymouth.

A preliminary investigation shows that a vehicle was attempting to cross U.S. 31 east bound on 12th Road when it pulled into the path of a north bound car.

The collision sent the east bound car into a ditch and the other car was left disabled in the middle of U.S. 31.

That vehicle was then struck two more times by another car and a pickup truck pulling a trailer.

One person was airlifted to the hospital and another taken by ambulance. Two others were not injured.

The cause of the crash remains under investigation. Alcohol does not appear to be a factor in the crash.