One person killed after ride malfunction at the Ohio State Fair 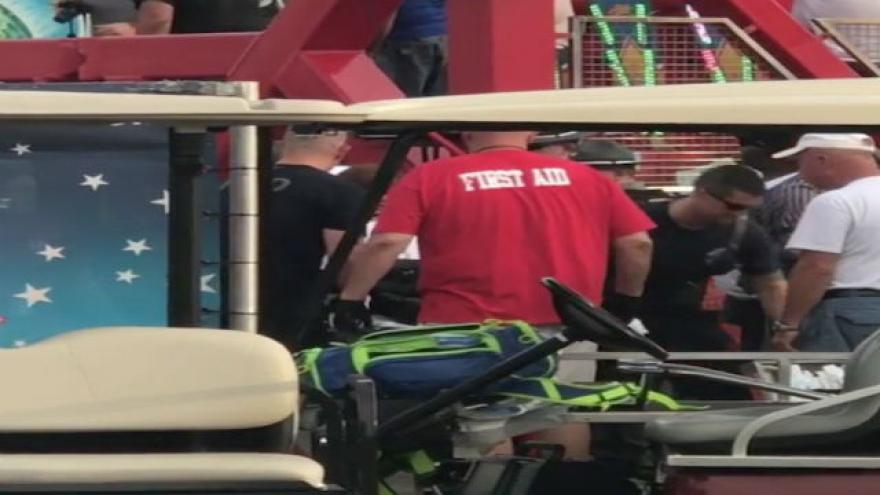 EMS on the scene at the Ohio State fair after a ride malfunctioned. Photo courtesy @madartistairbrush/Instagram 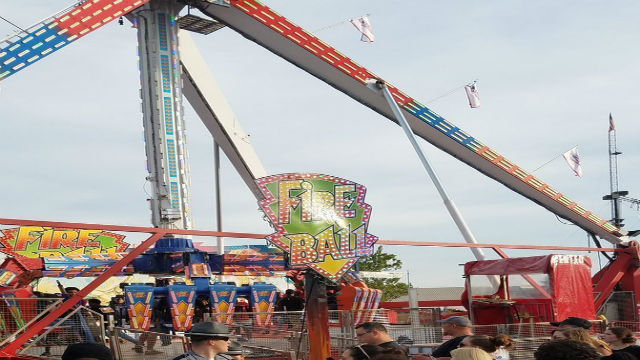 By Steve Almasy and Nicole Chavez

(CNN) -- One person was killed Wednesday evening when a ride malfunctioned during opening day at the Ohio State Fair in Columbus, the state's highway patrol said.

Ohio State Highway Patrol Superintendent Col. Paul A. Pride said seven other people were injured, three of whom are in critical condition.

The ride, called the Fireball, consists of at least six rows of seats that spin around as the entire structure moves like a pendulum.

The ride's operator -- Amusements of America -- says the Fire Ball swings riders 40 feet above the midway while spinning them at 13 revolutions per minute.

The "aggressive thrill" ride debuted in 2002 and has become one of its most popular thrill rides, the company says on its website.

A video posted online appears to show several people on the ride seconds before parts of the structure break apart.

Rhonda Burgess and her children were at the fair Wednesday when the incident took place. One of her three sons was in line at the ride next to the one that malfunctioned.

"The ride had four riders per cart. This piece snapped off and the riders came out of the cart," she said. "At least two (people) flew through the air at least 20 feet before landing on their backs on the concrete."

The incident was followed by a chaotic scene. Kaylie Bellomy said she was waiting her turn to get on the Fire Ball when she suddenly found herself in the middle of a crowd.

"Everybody was running. I got ran over trying to get out of the way," she told CNN affiliate WCMH. "I just don't think I'll ever ride a ride ever again."

Deputies asked attendees standing near the ride to step back while someone screamed "it's my worst nightmare," video footage shows. Workers were also seen placing barriers as medics and staff tend to those injured.

David Evans, the center's medical director, said it was helpful to see video of the incident that was posted to social media because it helped them look for certain types of injuries.

"Having that video really showed us that this was a great force and a great mechanism, really consistent with a high-speed motor vehicle crash with an ejection, really something more along those lines," he said.

"I am terribly saddened by this accident, by the loss of life and that people were injured enjoying Ohio's fair. Our thoughts and prayers go out to those grieving and injured," Kasich said in a statement. "I have ordered a full investigation into this incident and have ordered that all fair rides be shut down until additional safety inspections can be completed."

Michael Vartorella, chief ride inspector of the Amusement Ride Safety Division, said there were no red flags when inspectors examined the ride earlier.

"It was inspected at couple of different stages and it was signed off today," he told reporters.

"Our hearts are heavy for the families of those involved in last night's tragic accident. We have shut down all rides until the state has inspected each and every ride again and deemed them to be safe," they said in a statement.

The Columbus Dispatch reported the inspections were delayed by recent rain. It was the first day of the fair.

No problems had been reported but officials said they took the decision out of precaution.