One person killed in crash on SR15 near Milford 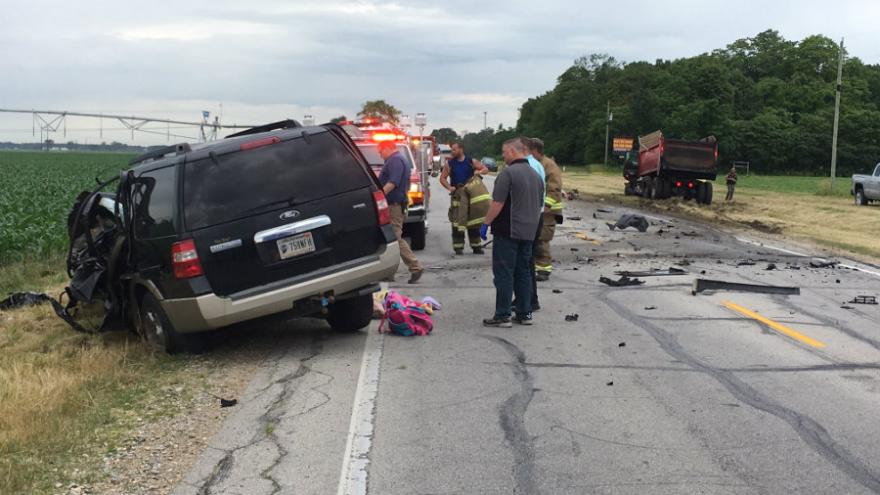 KOSCIUSKO COUNTY, Ind. -- One person was killed in a head on crash on SR 15 near Milford Friday afternoon.

The Kosciusko County Sheriff's Department said a 2008 Ford Expedition crossed the center line and stuck a dump truck head on.

The man driving the Ford, 35-year-old Antonio Romero of Warsaw, was pronounced dead at the scene from blunt force trauma.

According to the investigation, deputies determined Romero was traveling southbound on SR 15 when he struck the dump truck.

They said skid marks on the road suggested the driver of the dump truck attempted to get out of the way of Romero's oncoming Ford.