One person killed in crash on US20 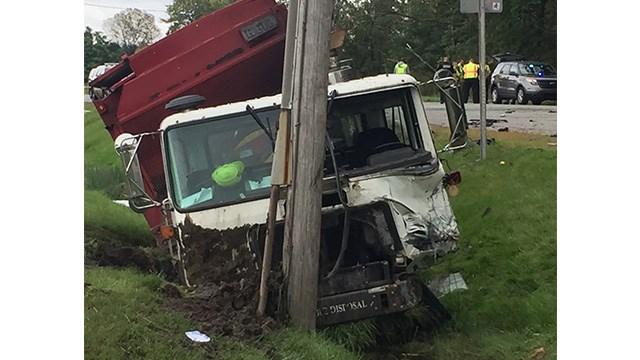 The stretch of road which has seen a high number of accidents this year, is back open tonight.

La Porte County Sheriffs and officials are investigating a multi-vehicle crash that happened Monday just after 2pm on U.S. 20 at Johnson Road.

"There was a two vehicle accident, a garbage truck and a passenger car. And the driver of the passenger car was found to be deceased," said Kellems.

The initial investigation revealing that driver may have intentionally crashed the vehicle in to the truck. Captain Kellems confirming a note was found in the vehicle.

"The garbage truck which has got about 25 tons of garbage on board went in to a ditch. And one of the concerns we have right now, is an environmental one,” said Kellems.

"The truck when it went in to the ditch, ripped the hydraulic tank off the truck. We have about 65 gallons in the ditch," said Hamilton.

U.S. 20 was shut down for nearly 3 hours before crews opened the road to single lane traffic.

And only his first day on the job, the driver of the truck thankfully walking away uninjured.