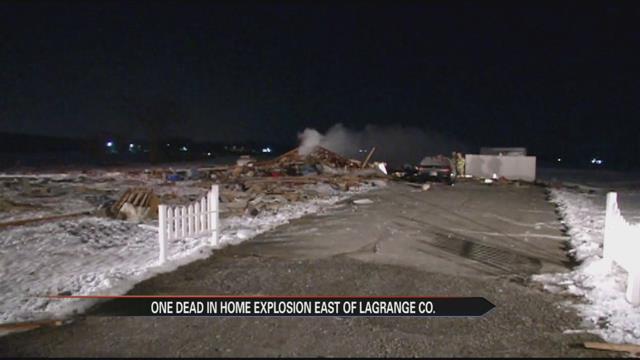 (ABC News/WPTA) One person was killed and two others were injured when a house in Ashley, Indiana exploded.

The explosion happened around 9:45 a.m. Monday on Gonser Avenue.

Witnesses said the explosion was heard and felt throughout the town.

When firefighters arrived, the house was destroyed.

"We arrived to find the house totally demolished, parts lying in the roadway, in the field, we did locate two members of the household, alive, trapped under the debris. We were able to get those extricated pretty quickly, and get them both airlifted to Parkview Hospital. We did have one deceased," said Chief Dave Barrand of the Ashley Fire Department.

The names of those victims have not been released.

Indiana State Police and the state fire marshal are assisting with the investigation.