Opioid use dropping among younger generations 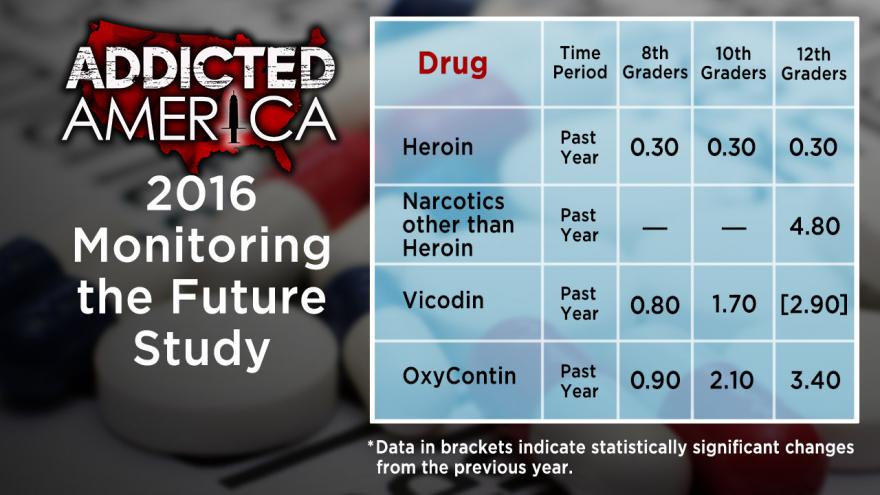 Kids and teens are not immune to the risk of opioid addiction.

A study called 'Monitoring the Future' by the National Institute on Drug Abuse shows how prevalent opioid use is even in the youngest generations.

In 2016, more than six percent of 12th graders used either Vicodin or OxyContin.

The good news is that number has decreased from nearly nine percent in 2013.

Prescription opioid use is also decreasing among younger teens, down to under four percent for 10th graders, and under two percent for 8th graders.

Illegal opioid use, like heroin, is also dropping and now stands at under half a percent for all three grade levels.