Osceola Fire can no longer respond to medical emergencies 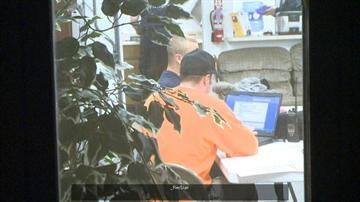 OSCEOLA, Ind. -- Osceola can no longer have its fire department respond to medical emergencies. The town missed a January 1st deadline to prove that their fire department is up to code. Residents will have to rely on neighboring townships miles away for help.

Osceola homeowners are outraged at the way Town Council is spending their tax dollars.

They gave themselves a payraise - and purchased a $50,000 tractor.

All this - after he fired four of the station's most-experienced volunteers when they complained about broken equipment.

"I want the town to stop running and hiding and saying it's a personnel issue," Chris Boling, former Asst. Osceola Fire Chief, said. "It's a public safety issue."

The town's fire department has a truck that hasn't worked since July; which means neighboring townships -- miles away -- are the primary emergency response.

"It's a must in any community," Amy Howell, director of Noah's Ark Daycare Ministry, said.

As director of an Osceola Daycare, she takes care of dozens of children daily. She's never had to call for help, but now has concerns should an accident happen.

"We just have to have faith that the community is going to come together," Howell said.