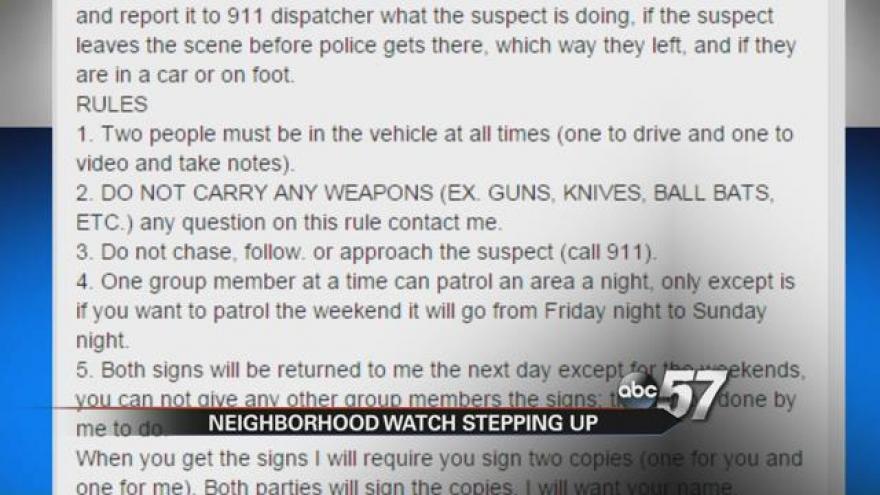 Neighbors in Osceola are stepping up their game when it comes to protecting their streets.

At a meeting on Thursday night, Osceola residents created a list of rules to keep their fellow residents safe while patrolling the streets.

Some of the new rules include: having two people patrolling at all times, not carrying any weapons themselves and no chasing, following or approaching a suspect. Instead, citizens patrolling are to call 9-1-1.

Debbie Brocklehurst, who is leading this initiative via the Osceola Neighborhood Watch Facebook Page, makes it clear that residents should not take on the role of citizen vigilantes.

So far, the reactions on Facebook haven’t been very positive.