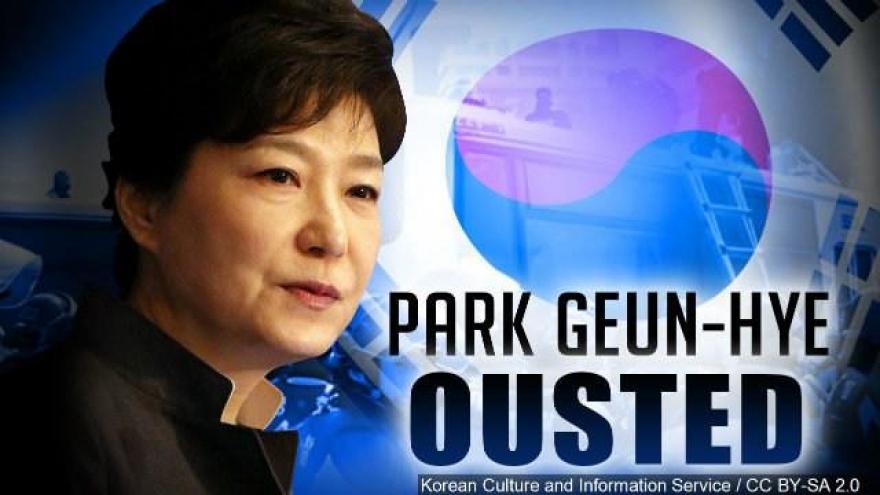 According to a document supplied exclusively to CNN by Park's international legal team, Park's lawyers allege the 65-year-old former leader is living in cell that's dirty, cold and constantly lit so she cannot sleep.

The allegations are made in a draft of a "report on the human rights situation" concerning Park compiled by the MH Group, which is leading Park's international legal team. It plans to submit the document to the United Nations Human Rights Council (OHCHR) Wednesday, less than a month before the council is due to conduct a routine review South Korea's record on human rights -- a review conducted for all UN member states.

Critics point out that the United Nations Human Rights Council does not have the ability to levy punishments against South Korea and any decision issued in Park's favor is unlikely to affect her current situation.

A spokeswoman for the Seoul Detention Center, the facility where Park is being held, told CNN the center denied all allegations, and did not believe Park had been treated inhumanely.

According to the draft document, Park is said to be suffering from a handful of chronic conditions and maladies including chronic lower back pain; osteoarthritis in her knee and shoulder joints; a rare disorder of the adrenal glands; and malnutrition.

"Her condition is only getting worse and there is no evidence that she is receiving adequate care," the draft said.

The draft submission also mentioned reports that Park has been sleeping on the floor, but a detention spokeswoman said Park has a folding mattress, as beds are not considered essential in South Korean detention centers.

When asked for clarification, Rodney Dixon, a lawyer for the international legal team representing Park, said she is not sleeping on a proper bed, which is exacerbating chronic conditions she suffers from.

Park, the country's first female president, was ousted in March and later charged with abuse of power and accepting bribes. A court ruled to extend her detention another six months on Friday.

Her trial has yet to begin in earnest.

Speaking for the first time publicly in months, Park said in court Monday she is innocent and called the charges against her "political retaliation in the name of the rule of law."

"The past six months have been a terrible and miserable time," Park said.

"It is meaningless to believe that the court will handle the case only in accordance with the constitution and conscience despite political winds and public pressure," she said.

She added that her defense team in Seoul resigned in desperation.

South Korea's top prosecutor, Moon Moo-il, on Tuesday denied Park's allegation that she is the victim of political revenge, according to South Korea's Yonhap news.

Park's South Korean team is distinct from MH Group, a global consultancy that deals with high-profile international legal and diplomatic cases. They previously represented Saif Gadhafi, the son of the late Libyan leader.

Park is the daughter of former South Korean strongman Park Chung-hee, who seized power in a 1961 coup and was later killed by his own security chief in 1979 -- five year's after her mother's assassination. She joined politics in the 1990s after the Asian economic crisis and was elected president in 2012, defeating current President Moon Jae-in.

Her downfall, however, was swift. Park was impeached shortly after allegations surfaced that she revealed state secrets to a confidant, Choi Soon-sil, who has since been convicted in connection with the corruption scandal. Protesters took to the streets by the tens of thousands demanding her ouster.

She was impeached in December 2016 and a high court voted to uphold the decision in March, leading to her ouster and clearing the way for prosecutors to charge her (sitting South Korean presidents are immune from prosecution for anything but insurrection and treason.)

Tens of thousands gathered to both celebrate and decry the decision in the capital of Seoul.

The much older pro-Park crowd derided the decision as a political one. The noticeably younger protesters celebrating saw her ouster as a victory in the fight to crack down on corruption and perceived close ties between members of the country's political elite and the chaebols -- the massive conglomerates like Samsung and Lotte Group that dominate South Korea's economy.

Her successor, the liberal President Moon Jae-in was elected partly on the basis of his reputation as a "clean candidate" in the special election that followed Park's humiliating ouster.

MH Group President Mishana Hosseinioun is calling on the government to take action to ensure Park's rights are not violated.

"Authorities can still course-correct before their rights record at the UN is permanently tarnished, but my team and I are prepared to take this matter to the highest levels necessary to get justice," she said.