Outrage over recycling center being used as dump 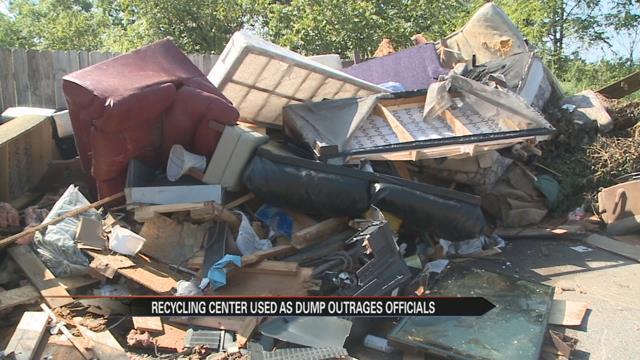 A small recycling center just off of County Road 45 in Elkhart is supposed to give residents there the chance to protect the environment by recycling.

But those residents are having trouble just finding a place to put their recyclables.

Bed springs, mattresses, television, and other countless debris are all over the place there.

And even though, sign after sign clearly shows the site is for recycling only, the trash keeps coming.

“This is the worst I’ve ever seen it, I’ve actually witnessed people dumping their trash here and was kinda wondering if they were going to put their camera out here or anything like that because this is gonna affect everyone else. We are losing recycling areas little by little,” said Roger Hargrove, and Elkhart Resident.

John Bowers, Director of Elkhart Waste Management, tells ABC 57 News if nothing changes, the site may have to close altogether.

He says attempts at putting an end to the collections of garbage there, like installing dusk to dawn lighting, have failed.

"We have had people illegally dumping trash there for some time. What happens is the person that picks up the recycling which is recycling works is responsible to keep the site clean. Weekly, we inspect the site and report there’s trash there, and then they pick the trash up and what’s been happening since I’ve been doing this for approximately three months is that it’s been a weekly occurrence, the site is full of trash,” said Bowers.