Over 1,000 catalytic converters seized from a salvage yard in Bristol 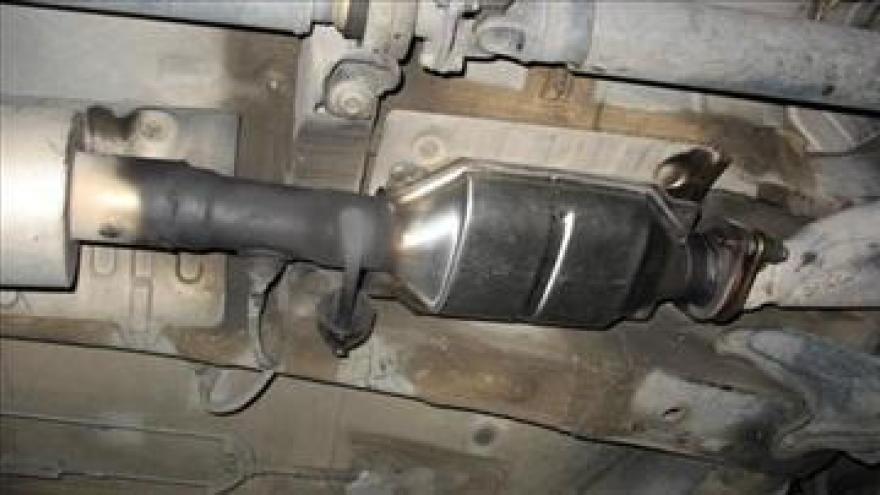 BRISTOL, Ind -- A huge bust of catalytic converters at an Elkhart County scrap yard after the sheriff’s department says it seized more than 1,000 of those valuable car parts earlier this week.

Catalytic converter thefts are a problem across Michiana.

"Any time we can get information from people that have direct knowledge of either who’s stealing the catalytic converters or the people that are buying them, we would love to have that information. We have had some very, very good tips from the public, that have led to some ends roads on some of our investigations," said Elkhart Police Department PIO Jessica McBrier.

The bust at a Bristol scrap yard is probably one of the biggest yet in the area.

Detectives seized over 1,000, along with a stolen four-wheeler, at a salvage yard off county road 8, Tuesday of this week.

The folks who own the scrap yard say it came as quite the surprise, because they don’t think they did anything wrong.

"If they want information on who’s stealing cats, we’ve told them, we will work with them. We will help them find these guys but don’t pin it on us because we’re not the ones doing it," said Owner of Howard's Salvaging Amy Howard.

The Howards tell me they’re now under investigation, but they think they have all the documentation they need to show they bought all their used parts by the book.

"We get their ID's. We get their titles. Business names if that’s what’s needed. I pick up for local companies around here not just the general public, so I mean, they’re incriminating me and I didn’t do this.

Other departments in the county say thieves cutting these valuable metal parts off of cars is a huge issue.

There have been hundreds of reports from the last few months alone.

The Elkhart police department says investigating the thefts has become a top priority.

"My message to the community is that we’re taking this very seriously. We have ongoing and active investigations and we will follow up on any leads and interact with other agencies in other jurisdictions if necessary," said McBrier.