Over a dozen people injured from Massachusetts ferry crash 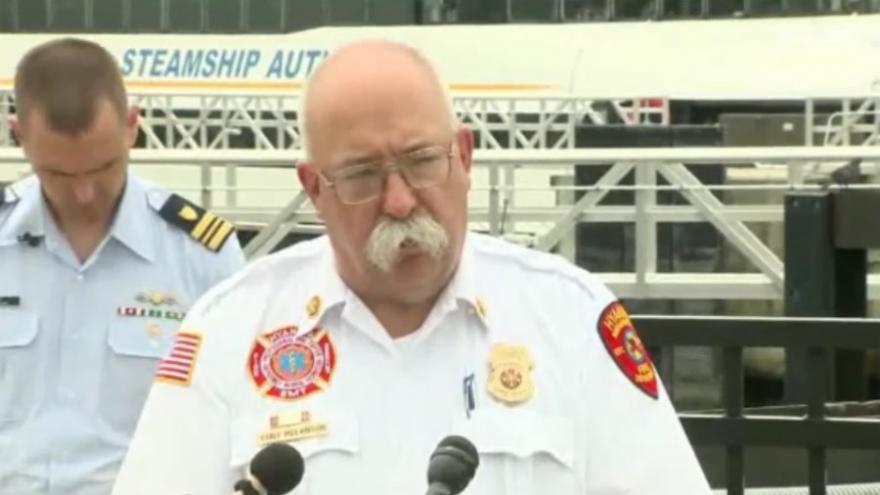 HYANNIS, Mass. -- At least 15 people were hospitalized after a ferry crash in Massachusetts Friday night.

Officials say the ferry hit a jetty near Hyannis and began to take on water.

Emergency crews than rushed to the site and managed to evacuate everyone on board.

"None of the patients had life-threatening injuries, the majority of the 15 transported were able to ambulate, we had a couple that were not, those were the first ones chosen, so the Coast Guard has said and we have said that is the first priority, so we coordinated, we had a team of rescuers on board to assess the conditions of passengers and crew on board and we prioritized some of the injuries and those were the first to be flown off the deck of the ship. We ended up declaring a Level-2 MCI, which puts our EMS partners at the hospitals in the area on alert that there's gonna be a large volume of patients transferred. So we utilized a number of fire departments, Barnstable, West Barnstable, to assist us with laboring EMS on the scene to transport those fifteen wither from the airport or from the dock,” said Chief Dean Melanson, Hyannis Fire Department.

The ferry was tugged from the crash scene on Saturday.

Investigators are still looking into why the vessel was off course.