Overnight stabbing sends one to hospital 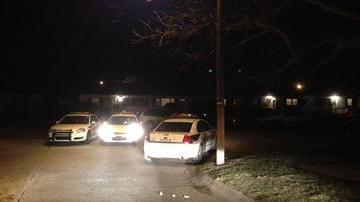 SOUTH BEND, Ind. — Police say a man who allegedly stabbed another man was found inside of a local restaurant.

Officers were called to South 28th Street just before midnight Wednesday to a report of a stabbing.

The suspect was later found at Nick's Patio.

According to an eyewitness, police found the suspect sitting on a bench inside of the restaurant and drew their guns.

A waitress inside said he was not wearing any shoes and was mumbling that it was self-defense.

She also says that the man was a regular customer who usually comes in after having a few drinks. But this time he was acting strange.

Police do not have a motive as of yet and the name of victim has not been released.