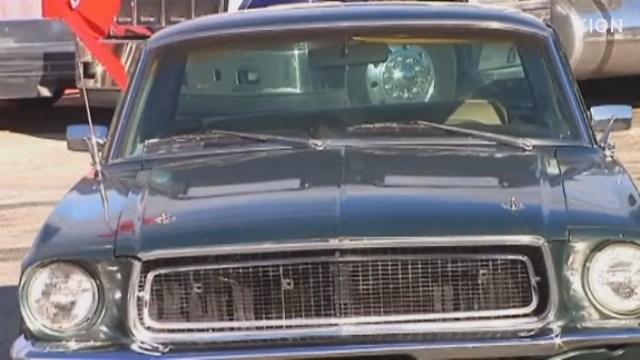 A woman was reunited with her first car, a 1967 Mustang, 28 years after it was stolen.

Someone stole it less than a year after she bought it. She never even got to put on the license plate.

"I kept the plates. I don't want to say I gave up hope but I did. It was a wonderful memento from your first car. Now, actually having my first car back, it's a phenomenal feeling,” said owner Lynda Alsip.

It's unknown where the car has been since 1986. Someone recently bought it and when a California Highway Patrol trooper was doing a VIN inspection, noticed something wasn't right.

"The officer, through his due diligence, a lot of investigation, was able to verify it was stolen, even though a lot of paperwork has been lost or purged from the system,” said Jamie Rios of the California Highway Patrol.

The find brought up memories of her father.

"He taught me how to change the oil on this car. He's no longer with us so it's very bittersweet,” said Alsip.