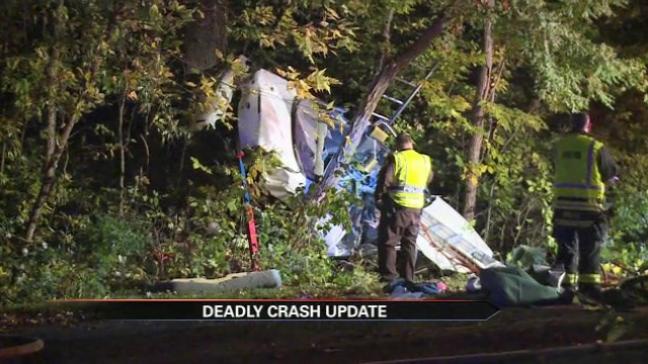 One teen was killed and three others injured when the car they were in struck a tree while allegedly fleeing from police. The parent of the teen who was allegedly driving is upset with the way the police handled the situation.

According to police, 19-year old Yorlin Tharbs was driving and 17-year-olds Mario Beristain, Cody Nowacki and Corey McFarland were in the vehicle when it crashed on Jefferson Boulevard in Osceola early Monday morning.

Beristain died and the three others were hospitalized.

"I never got notified. I never was told that he was here," Yvonne Tharbs, Yorlin's mother. "I was here for four hours in the emergency room dropping off another family member and no one ever approached me and told me he was here."

Yorlin has an extensive list of injuries, including a broken left leg, a broken pelvis, crushed ribs, a punctured lung, kidney lacerations and internal bleeding.

"He's doing better but we still keep him in our prayers were praying for him night and day and he is getting stronger," said Yvonne.

According to the St. Joseph County FACT Team, Yorlin was behind the wheel of the white Chevy Monte Carlo that police suspect was involved in RV burglaries in Elkhart County, but Yvonne  claims that even in an injured state, her son still proclaims his innocence.

"He's semi-conscious and I asked him on several occasions if he was the driver and he shook his head no," said Yvonne.