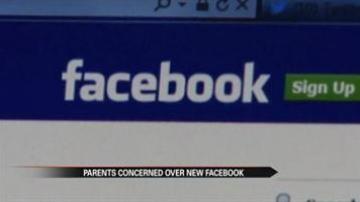 Previously when teens joined the site only friends could see their posts and photos, but now they can change those settings and share their posts with anyone on the internet.

The change was announced Thursday and affects Facebook users between the ages of 13 to 17.

"It flies in the face of what I thought were more recent comments and statements coming from the company that they were going to be more sensitive to parental issues safety and security for young people. That’s going in the wrong direction. Somebody needs to get a clue," said concerned parent Ina Percival.

The initial privacy settings of teens under 18 will automatically be programmed so posts are seen only by friends. It is up to them if they want to go public.