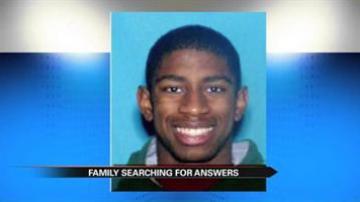 BENTON HARBOR, MI. -- 18-year-old Karrington Penny was found dead lying in the snow in Benton Harbor on the morning of January 1st. His parents say there are many questions left unanswered surrounding their son’s untimely death.

“That was the worst phone call you could ever get as a parent,” Karrington’s mother Kimberly Penny-Word said.

It is a phone call no parent should ever get, police notifying them that their child is dead.

“He was just an awesome kid,” she said.

Karrington Penny spent New Year’s Eve like most teens do- partying with friends.

The next morning he was found dead in the snow.

A toxicology report revealed high levels of alcohol and drugs in his system. Authorities say could explain why he passed out in the snow.

However they believe it was ultimately the extremely low temperatures- down to just 11 degrees- that killed him.

But Karrington’s mom isn’t satisfied with that explanation.

She wants police to continue their investigation.

“What I’m needing to know was, who was Karrington with. Was the adult female actually serving these kids alcohol, if she wasn’t serving it, it was being served in her home,” Kimberly said.

And she wants to know why he was left alone to die.

“You know he’s in this frame of mind, you know what state of mind he’s in, and you still either dump him, put him out or...” she said.

And they believe the police haven’t done all that they can do to bring them answers about Karrington's death.

“We just want an investigation because we don’t feel we’ve been given that. We want justice for Karrington.”

Karrington recently received his GED and was getting excited to start classes at Lansing Community College.